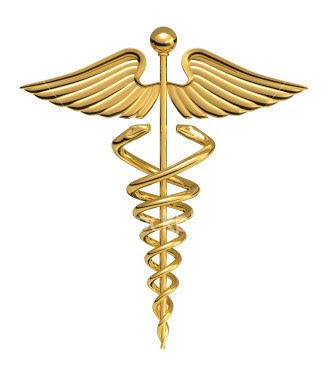 Here is Reb Itchie Mayer Morgenstern's Torah on Parshas Vayigash, with English excerpt and full text in both English and Hebrew in pdf form

We have a tradition from the Baal Shem Tov that when a tzaddik is occupied with the more external avodah of banishing the klippos from below by raising up a holy fire from below, even though he is simultaneously occupied with the internal avodah of bitul, he still must descend to the state of katnus or lo lishmah. This does not mean that his Divine service is actually not for the sake of heaven, rather, he enters somewhat into the aspect of doing it for his own sake in order to magnify the power of his will and desire, since the external avodah of Aharon HaKohen depends on longing and on the will. That lo lishmah aspect of desire is harnessed by the tzaddik to fire the external avodah, even as his internal avodah of bitul renders the klippah powerless to draw him into self-seeking. While he holds onto the “staff of Moshe” within, he is able to grasp onto the “staff of Aharon” which devours all of the serpents and snakes of impure desires that could otherwise occupy the human will. This idea finds expression in a teaching of the Vilna Gaon, that whenever a person sees Torah scholars who seem to have a will and desire that is not lishmah, he should understand that it is only a kind of external parallel to the deep longing and desire that a tzaddik has to connect with Hashem when he learns His Torah.

For this reason, “A person should always study Torah [even] not lishmah...”[1] Even though the tzaddik is entirely l’shem shomayim in his innermost being, nevertheless he must descend to the state of katnus externally in order to magnify his longing and desire, which is an aspect of lo lishmah. He refines his desires through the power of his trust in Hashem to make them overcome any desire associated with the klippah.

The main power that the serpent and idolatry has over a person is that he should believe that he can have anything [material] that he wants. So Aharon HaKohen grabs hold of the staff that turns into a serpent in his hands—he capitalizes on all of the external forces of desire for the purpose of avodah—while filled with trust in Hashem. Then all of the force of the will that might be directed toward impurity is null and void in comparison with the longing that he has to raise up an eternal flame before his Creator. Then, when the serpent has turned back into a staff (as Rashi explains), it completely devours all of the impure serpents that had been in the hands of the sorcerers of Egypt.

CLICK HERE to get Toras Chochom on Parshas Va'eira.

CLICK HERE to get Toras Chochom on Parshas Va'eira in English.

Since we missed two weeks ago, CLICK HERE to get Toras Chochom on Parshas Vayechi in English.

Picture courtesy of mahalo.com. Click here to get Dixie Yid in your e-mail Inbox or here to subscribe in Google Reader.
Posted by DixieYid (يهودي جنوبي) at 7:25 AM