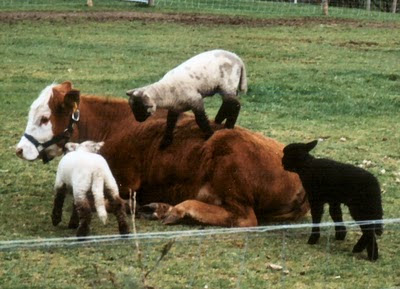 Whenever the tzaddikim fall to the level of learning Torah not for its own sake, the result is that the simple people descend to the level of, “If a man shall steal an ox or sheep, and slaughter it, and sell it...”[1] The verse has a hidden meaning: that the yetzer hara snatches a person and places him under its power, and it “slaughters” him—the person sinks into the lusts of this world—and “sells” him—the person falls into the lust for money. Even though the person still appears to be studying Torah and praying, nevertheless he has been “sold” to a foreign people, to the lust for money and honor. The halachah demands that the thief “pay four or five times”—and this too has a hidden meaning. The “four” represents the dalet of the name Dovid, and the “five” stands for the yud of Yosef. When the yud is inserted into the dalet, it forms the letter hei, which equals five.

How is the fallen situation to be rectified? The tikkun is found through discovering the inner meaning of the laws pertaining to Jewish slaves, maidservants, and Canaanite slaves. The Jewish maidservant represents the world of Beriyah, the Jewish slave parallels the world of Yetzirah, and the Canaanite slave the world of Asiyah. Hashem instructed Moshe to deal with these souls from the lower worlds of BY”A and raise their lower and more external forms of avodah up to his own level of avodah in the world of Atzilus. The avodah of Asiyah—acceptance of the yoke of the commandments—that of Yetzirah—the emotions of Divine love and fear—and that of Beriyah—mental contemplation of Divine love and fear—all have to be vitalized and uplifted by the highest and innermost avodah of Atzilus and self-nullification that is the level of Moshe Rabbeinu.[2]

Most people only serve Hashem at the lower and more superficial level of BY”A, they “eat and drink,” and this is why they don’t even realize that the sitra achra has “made off with them” and caused them to forget [גניבת דעת is literally, “stolen their minds”] that there is a higher form of avodah of the world of Atzilus. But we learn in the deeper Kabbalistic works that there is a process known as the “development of the Partzufim,” which means that through development of the higher levels, the lower and more external levels are influenced for the good and also evolve. So even if a person has fallen at the lower levels, if he develops the higher level within himself that corresponds to Atzilus, he will find that he will be able to repair the damage that he caused in his personal worlds of Beriyah-Yetzirah-Asiyah.

Picture courtesy of christinesquackery. Click here to get Dixie Yid in your e-mail Inbox or here to subscribe in Google Reader.
Posted by DixieYid (يهودي جنوبي) at 11:19 AM