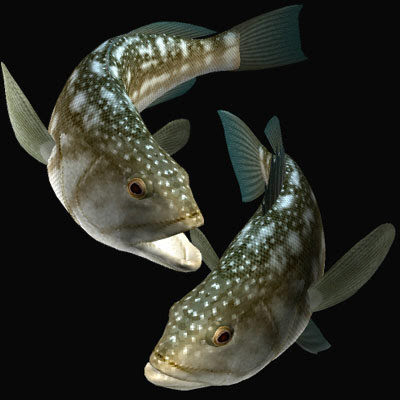 The “Fish of the Sea”

Moshe Rabbeinu’s primary avodah was that of Yesod Abbah. This is a very deep avodah, which represents the bliss of true connection with Hashem, at the level of thought which is not apparent to those around him. Moshe Rabbeinu was connected to the aspect of Abba / Chochmah, and experienced the bliss of complete nullification to Hashem. This is why Moshe was called one of the "נוני ים"—“the fish of the sea.” Just as fish exist in the obscurity of the water, so too was the avodah of Moshe Rabbeinu well hidden—just as the Yesod is hidden. [Note: This is true on a material level, because the foundation of a building is actually underground and is not seen at all. The aspect of personal purity associated with the sefirah of Yesod is likewise a hidden matter.] This avodah involved the contemplation of supernal yichudim with absolute concentration. This is the avodah of the true tzaddikim who are an aspect of oil, which is soundless and whose viscosity damps all sound.[1]

We are taught that there are two “foods” that will be served at the time of Moshiach: the Shor Habar and the Livyasan, the “wild ox” and the “leviathan.”[2] Moshe Rabbeinu is associated with the Livyasan, just as the tzaddikim are an aspect of the “fish of the sea.” [Note: this is one reason why we eat fish on Shabbos.[3]] Nadav and Avihu are aspects of the Shor Habar, an outer revealed avodah, of the tzaddik who is always going in the way of teshuvah. This tzaddik is always shining with the light of true connection. Everyone who sees this tzaddik knows he is connected to Hashem. The Shor Habar is an aspect of a revealed avodah, just as the “wild ox” walks about upon the open land.[4] [Note: The Ba’al Shem Tov taught that Moshe Rabbeinu was not necessarily recognizable as a tzaddik from the outside.]

The Marriage of Chochmah and Binah

Chazal taught that every fish that has scales has fins, but not all that have fins necessarily have scales.[5] Kaskeses, scales, are an aspect of appearances since they are the outer covering of the fish. This refers to one whose primary avodah is an aspect of Imma / Binah, always striving to draw closer to Hashem. Such a person surely has fins with which to swim in the upper worlds.[6] Nadav and Avihu were an aspect of Binah / teshuvah, and it suited their essence to imbibe wine. [Note: On a simple level this is because the avodah of continuous teshuvah makes one joyously excited, “drunk on holiness.”] Superficially, it seems difficult that Chazal say that Nadav and Avihu died because they entered the Mishkan after imbibing wine.[7] Wasn’t teshuvah created before the world?[8] Isn’t it the reason we will be redeemed[9]? Does not the Zohar state that the beis in the first word of the Torah represents teshuvah?[10]

This is all true. Nevertheless, they failed to consult with Moshe and Aharon. And they didn’t marry.[11] Marriage is the unification of the avodos of Chochma and Binah. Moshe and Aharon taught that one must imbue his teshuvah, his aspect of Binah, with his aspect of Chochmah, the depths of who he is, his innermost self or pintele Yid, and resolve to improve from that moment on. How can he really improve? By connecting with Hashem at all times. This accessing of the deepest parts of ourselves is symbolized by the letter yud. [Note: On a simple level, the yud represents Chochmah, the small seed of an idea that must gestate through other stages before it is fully born. The yud is the smaller letter, it is just a point, a pintele Yid, that represents self-nullification, or making oneself smaller, before Hashem. This self-nullification is the birthplace of all wisdom, since “wisdom comes forth from nothingness.”[12]] This is the yud that will be added to the name of Dovid Hamelech in the ultimate future. [Instead of spelling it "דוד" we will spell it "דויד".] Dovid is the archetype of teshuvah since he accepted upon himself the yoke of teshuvah.[13] This is the unification of Binah and Chochmah within one’s teshuvah, as explained earlier.

The truth is that the Jewish people will only be redeemed in the merit of their teshuvah, and we have been promised by the Torah and Hashem’s prophets that at the end of the exile the Jewish people will repent completely.[14] “And it will be, when all of these things come upon you… And you will return to Hashem your G-d and Hashem your G-d will restore your returning…”[15] However, genuine teshuvah is not the guilt and self-recrimination that brings a person to depression that distances him from Hashem and from fulfilling his true purpose in life. On the contrary, teshuvah is meant to bring a person to true dveikus in Hashem in the way of Dovid HaMelech who decreed that we recite one hundred blesseings every day so that we are always reminded of Hashem. This is an aspect of continuous teshuvah. This is the marriage of Chochmah and Binah.

Picture courtesy of turbosquid.com. Click here to get Dixie Yid in your e-mail Inbox or here to subscribe in Google Reader.
Posted by DixieYid (يهودي جنوبي) at 10:31 AM