Possible Answer From Bilaam on Tzadikim Knowing Our Thoughts/Deeds/Actions 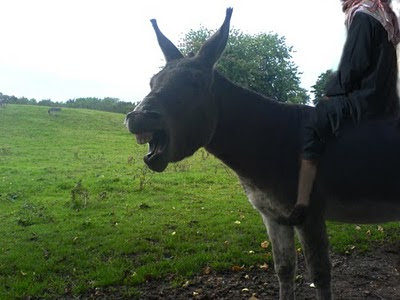 When I asked how it could be that many Tzadikim don't seem to know hidden things about me, I didn't expect to find my answer in this past Shabbos' parsha! For those who didn't see the post, I quoted a ma'amar a commenter pointed out to me from the Mittler Lubavitcher Rebbe, which mentioned that it is well known that one's thoughts, deeds, and plans are revealed to Tzadikim. I pointed out that I have met with several Tzadikim, and while it was always a good experience, I still got the impression that they did not know more about me than I revealed to them or which was apparant from whatever I did say/do.

But in this past week's parsha, Balak, Hashem appeared to Bilaam at night and asked him, "Who are these men with you?" The Midrash Raba (Bamidbar 20:6) indicates that Bilaam thought that Hashem's question meant that He is not always aware of what was happening on earth, so that he might be able to curse the Jews effectively.

I see from this medresh that it is a sign of ga'ava for someone to think that just because someone great acts as if he doesn't know something, that he doesn't actually know it.

The commenters on that previous post suggested that for one reason or another, the Tzadikim today may not have ruach hakodesh and that is why they don't know my deeds, thoughts, and plans. But it could be that they did know, but for one reason or another, chose to act as if they didn't. It could be a sign of anava on their part, so as not to appear like a wonder-worker. It could be that they wanted to give me the chance to confess my inner life to them of my own free will because it wouldn't have been productive for them to throw me into that situation if I didn't initiate it. In any case, this Midrash with Bilaam shows that there is a lot more going behind the scenes that what is apparant when Hashem or a Tzadik appears not to know "what's going on in the world."

Click here to get Dixie Yid in your e-mail Inbox or here to subscribe in Google Reader.
Posted by DixieYid (يهودي جنوبي) at 7:00 AM

Seems you are going through contortions here. I think you were right earlier.

I met with a tzadik, the Kaliver Rebbe of Brooklyn, who had ruach hakodesh, and the old Kasho Rebbe also had it, but he's no longer with us and is from the earlier generation. I agree with this d'var of Dixie Yid, they are acting with anava.