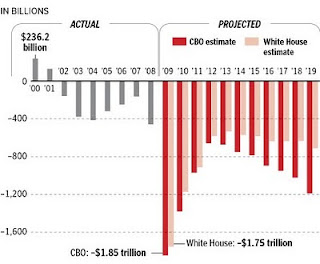 Net operating losses are very valuable to a business. Although it seems counter intuitive that losing money, whether on paper or in real life, could be valuable, it is a business reality that exists because of the tax code.
Those net operating losses ("NOLs") incurred one year can be used to offset income in other years as long as the business hasn't used up those NOLs yet. Because the Internal Revenue Code ("IRC") allows a business to "carry forward" those NOLs for a number of subsequent years, the NOLs can save a company a lot of money over time.
Azoi shtait in the IRC that this heter to carry forward NOLs only exists if the company's stock or creditors don't change hands too much, which would constitute a "management change."
A bankrupt entity, which understandably usually has significant NOLs, guards its NOLs carefully by moving to enter a "NOL Trading Motion" to prohibit or limit shareholders' and creditors' ability to trade in their claims or interests, lest such trades cause a "management change," thus endangering the tax benefits of those precious losses.
I was thinking that this concept shows that even the world is aware of the concept that past losses can benefit a person. We know this is true spiritually because the gemara in Yuma 86b says that with teshuvah me'ahava, the highest level of transformative teshuvah, zadonos, willful sins (like net operating losses a person lives with) are transformed into zechuyos, merits.
At first glance, losses do not seem to be valuable on a physical or spiritual level. It's something one just wants to put in the past. But by continuing to do teshuva for past sins, out of a feeling of wanting to be closer to Hashem, those losses turn into gains.
Similarly, although it is counter intuitive, even the world has the external concept of the benefits of past losses, which perhaps reflects the inner reality of "zadonos na'asin lo k'zachios."
Have a happy Adar! May all of our zadonos undergo a "v'nafoch hu!"
Picture courtesy of moonbattery.com. Click here to get Dixie Yid in your e-mail Inbox or here to subscribe in Google Reader.
Posted by DixieYid (يهودي جنوبي) at 9:57 AM

I'm pretty confident that this is the first instance in history that the words "Azoi shtait" have been followed by "in the IRC."