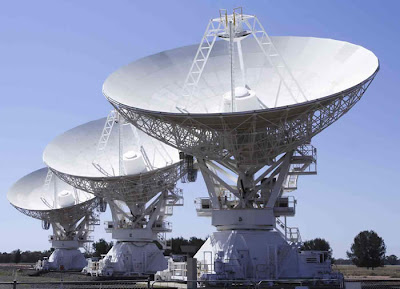 The Dynamics of Communication – II
2) When to Discuss Matters and Issues
Timing is a very important factor when developing communication. There are times when a husband or wife feels the need for space to “chill out” and be left alone to unwind from the day's tensions. The reaction to conversing with one’s spouse when he or she is not in the mood will cause one of two reactions:
a) the spouse will either not be responsive and act reserved giving the feeling that he/she is not interested in what you have to say, or
b) will respond irritably as if to imply "please don't bother me now!"
Either scenario can result in friction because you will feel hurt by your spouse’s reactions.
Additionally, there are times of pressure and tension when a person's mind isn't focused and conversation should be avoided. Examples of this are on Friday afternoon when the family is rushing to complete the Shabbos preparations, or when in a rush to leave for work or a simcha.
Timing is also important when a husband or wife have a special request to make. For example, the wife would like to purchase an extra suit or shaitel that's on sale, or the husband would like his wife to accompany him on a trip or visit that she may not enjoy. Patience must be exercised to find the right time when their spouse will be able to properly focus on their request.
A simple conversation can be ruined and a request or correction can erupt into a major quarrel if not timed properly.

3) How to Talk
Learning how to talk to your spouse requires learning his/her language. This is one of the most difficult areas of adjustment in marriage affecting every area of conversation.
To properly succeed in this communication skill, one must recognize that men and women were created differently, each with their own distinct dominant trait. The woman's dominance is emotions, while the man's dominance is logic. This dominance causes men and women to differ in their manner of thinking and relationships with others. (Although there are women who are very logical & men who are very emotional, nevertheless, their dominance remains the same; meaning, that a woman’s emotions govern their logic and a man’s logic governs his emotions.)
Communication is a vital area that is directly affected by this dominance. Women talk from their emotions and men from their logic. Scientific studies have actually shown that women's brains are "wired" differently for emotional sensitivity and that the emotional part of their brain generates more activity towards the verbal part of it. This gives women the ability to verbalize and express their emotions more easily than a man. For example, a man can easily buy a bouquet of flowers for his wife, but will have difficulty in writing her a warm note to accompany it.
Women enjoy sharing their feelings, thoughts, ideas and dreams with their husbands because expressing their emotions generates a feeling closeness to them. Since discussion creates relationships, when women discuss something that’s bothering them with their husbands, they are seeking empathy and understanding more than solutions. Because discussion creates closeness, women will often discuss a matter or repeat a story a second time even without adding any new details.
At times, discussion is a woman’s getaway from the world, a way to relax from their hectic work or household schedule.
On the other hand, men focus on solutions – tachlis. And when they discuss issues, their goal is resolve them.
Perhaps we can say that men regard discussion as a means to arrive at a conclusion, such as a solution to a problem, purchasing an item or making an investment. Unlike women who regard conversation is an end by itself.
For example, a wife who complains to her husband that her job is difficult and very taxing usually wants him to listen and share her feelings. If the husband is not empathetic, he will immediately offers a solution to her problem saying, "If your job is so taxing, then either reduce your working hours or look for another job!" "But I like my job and my boss, it just seems too much for me to handle," will be her reply. It's quite obvious that the wife has no intentions of quitting her job, and just wants a listening ear to share her feelings. Her husband, on the other hand, offers his help assuming that this is what his wife wants. The result is that they both become frustrated and disappointed with each other. The wife is frustrated because her husband is not empathizing with her, and the husband is equally frustrated with his wife for not accepting his advice to alleviate her difficulties at work.
Conversely, if a wife wants to succeed in connecting with her husband, she should talk from her logic and not from her emotions. A precedent to this is found in the Torah during Korach's rebellion. Chazal write that when the wife of Ohn ben Peles heard that her husband was going to join Korach in his uprising against Moshe Rabbeinu, she presented to him a winning argument which saved him from self destruction. She reasoned with him, “The winners of this dispute will be either Moshe Rabbeinu or Korach, and, whatever the outcome is, you will still only remain a disciple to the winner, so why get involved?” Ohn immediately agreed and his wife succeeded in keeping Korach's agents from recruiting him (Sanhedrin 109b). Had she used her emotional weight by excitedly exclaiming, "Are you crazy?! How can you even dare to think of opposing Moshe Rabbeinu?" Do you think Ohn would have reacted positively? Of course not! He would have ignored her cries as an overreaction to the situation. Mrs. Ohn ben Peles was smarter than that and talked his language with a convincing argument.
(A complete treatment of family communication is discussed in my shiurim: “Communication – Key to a Happy Marriage”, “Understanding Your Spouse’s different Nature” (separate men’s & women’s version) and ”The Art of Communication” – available in, CD tape & MP3 format. cfmorgen@mosesnet.net)

(Picture courtesy of articlemarket)
Click here to get Dixie Yid in your e-mail Inbox.
Posted by DixieYid (يهودي جنوبي) at 6:00 AM