Raising Children the Bilvavi Way- Ideas From the Author 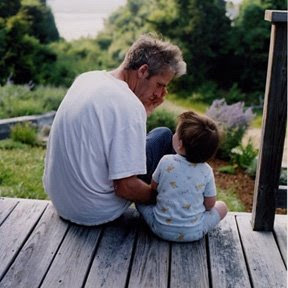 I was zocheh to drive Rav Itamar Shwartz, the author of the Bilvavi Mishkan Evneh seforim, to his speaking engagements in Baltimore, Carteret and Ohr Someach Monsey during his recent trip to the U.S. At one point in the car, I asked him how he teaches his children how to get closer to Hashem and incorporate tefillah into every aspect of life, as he teaches us to do in his seforim.

He gave me a couple of examples of things that he does in order to slowly demonstrate to his children how Hashem should be made a part of everything one does. One example that he told me is that he is home in the afternoons several days per week when his children are still up. One thing he does with his children during that time is to sit with just one child at a time on the Mirpeset, porch, spending some quiet time together. As things naturally come up in the conversation between them, he slips in observations or questions that unobtrusively teach that one turns to Hashem for any given aspects of life.

As another example, he was recently talking to his son after Maariv on the first day of school for the year. He asked his son whether he davened to Hashem that he be matzliach (successful) in school this year. He answered that he had not. So Rav Shwartz told him that during his Maariv, he did shed a tear in davening that he would be successful in school. This way, even though other Rebbeim may not be teaching this way of life in school, his son is learning by example that this is the normal way of being.

The common denominator in his approach is that one should not force these ideas on his children heavy-handedly. He didn't go ahead and remind his daughter to say "Thank You" to Hashem without being asked to do so. The main thing is to work thoughts about the purpose of life and about incorporating davening into every part of life naturally and easy-goingly with one's children, so they will learn that these things are not even things that need to be "taught" per se, but that they will see that they are a natural and organic part of living as a Jew.

Excellent ideas and a great posting!

The common denominator in his approach is that one should NOT force these ideas on his children heavy-handedly.

That's what you meant to write I think. Please correct.

I also asked Rav Schwartz about how to deal with children and Bilvavi. At what age can I begin, I asked.

He said, "What's the age that you begin teaching Torah? This is mussar, part of Torah, which also must begin at five. Of course, you have to filter it like you do all of Torah."

Thank you very much my friend!

Typo corrected. Also, glad you got to ask him that as well. IY"H, it we should be matzliach in integrating consciousness of Hashem in our own lives and be successful as well in teaching this Derech Hachayim to our children.

Shkoach for posting this! Not only does it provide an insite into The Bilvavi's personal life, but it encouraged me to make some extra private time for my 6 year old daughter (our eldest), which I hope to continue, b'ezras Hashem. Tizku L'mitvos!

Thank you for sharing. I hope sharing this is able to have a good hashpa'ah. IY"H by more of us!