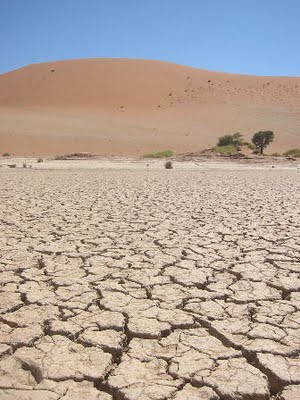 The following is a section from Rav Itchie Mayer Morgenstern's drasha from this past week on Parshas Vayeira. You can get the links to download the full pdf versions of the write-up of these shiurim in both Hebrew and in English translation below:

People tend to stumble through the physical world like blind men who walk in darkness. As a result of the great impurity that pervades the physical world, we are like a חולה—a sick person—which itself has a numerical value of forty-nine, the forty-nine gates of impurity that affect us all in one way or another. When a person who is bound to impurity learns Torah and prays, he does this in a very dry manner, with no vitality or light. It is for this reason that Avraham Avinu commanded us to be like angels in the way we have already described until Hashem “appears to us,” “visits the sick,” and delivers us by lifting us up from the forty-nine gates of Binah to the fiftieth gate. This is the only way to be truly freed from the deep darkness of the physical world—by powerful contemplation of Hashem’s Name in the manner of the fiftieth gate of Binah.

Rav Tzaddok HaKohen of Lublin teaches that after Hashem appeared to Avraham in the beginning of our parshah he was never again alone, since Hashem’s Presence accompanied him everywhere afterward. Hashem blessed Avraham with the ability to draw the revelation of Elokus into the oral Torah.[1] It is about this blessing that our sages commented on the verse, "הוֹשִׁבַנִי בְמַחֲשַׁכִּים"—“He has set me in dark places...”[2] Every Jew can follow Avraham’s legacy and perceive Hashem at all times, and especially when he is learning or praying, since Yitzchak inherited this from his father and passed it on to his son Yaakov. This is the meaning of the Midrash on the verse, "וְיִתֶּן-לְךָ הָאֱלֹקִים"—“‘And G-d will give you...’—He will give you Elokus.”[3] This indicates that Hashem enabled Yaakov and his descendants to cleave to Hashem at all times.

But this level cannot be attained all at once. Instead, one must slowly eject the darkness that is within him until he escapes the upheaval of the spiritual state of Sodom. As we find in the verse, "וּמְשַׁחֲרַי יִמְצָאֻנְנִי"—“Those who rise early diligently to seek Me will find Me.”[1] If we truly seek the Shechinah we will eventually merit to find Hashem.

Click on the following links to get the full pdf text of Rav Itchie Mayer Morgenstern's Torah on Parshas Vayeira:

Picture courtesy of TManTrek.com. Click here to get Dixie Yid in your e-mail Inbox or here to subscribe in Google Reader.
Posted by DixieYid (يهودي جنوبي) at 5:00 AM