Should a Talmid Chacham Hold a Grudge? - Did Yaakov Know of the Sale? 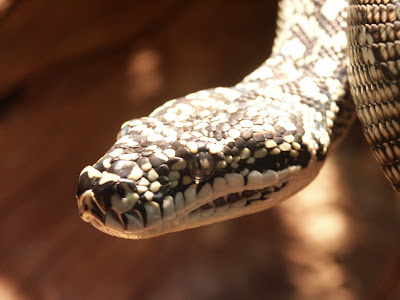 The Mei Hashiloach in Parshas Vayechi, comments on the pasuk in Bereishis 49:1, "וַיִּקְרָא יַעֲקֹב, אֶל-בָּנָיו; וַיֹּאמֶר, הֵאָסְפוּ וְאַגִּידָה לָכֶם, אֵת אֲשֶׁר-יִקְרָא אֶתְכֶם, בְּאַחֲרִית הַיָּמִים," "And Yaakov called out to his sons and said, 'Gather, and I will tell you what will happen to you at the end of days.'" Why doesn't Yaakov state his intention that he is going to bless, give a bracha to, his children, as Moshe did before Moshe blessed the people with the words, "V'zos haberacha"?

The Izbitzer answers, using a Gemara in Yuma 22b (which continues onto 23a) which says that "כל תלמיד חכם שאינו נוקם ונוטר כנחש אינו תלמיד חכם," "Any Torah scholar who does not bear a grudge and take revenge like a snake is not a Torah scholar." He says that Yaakov knew that he had been hurt and wronged by his sons who made him suffer through the sale of Yosef and he felt that he was obligated by the principal announced in the gemara in Yuma, to hold a grudge and not bless his children. He felt that he would let Hashem speak through him and he would say whatever he would say, but that he could not say for sure that he was indeed even able to bless his children.

(Incidentally, the gemara there in Yuma limits the principal that a Talmid Chacham must hold a grudge to situations where 1. he was personally wronged [not his property], 2. he cannot show this openly in any way and 3. the person never asked for mechila, forgiveness. Also, the Maharsha explains there that the reason why he must hold a grudge and take revenge "like a snake," or else he is not a Talmid Chacham, is because the snake was cursed "V'ata teshufena akeiv." "You shall crush his head with your foot." This teaches that one (the snake) who wronged you should not have vengeance taken against him lightly, but rather, on the highest level [its head]. Therefore, one the Talmid Chacham who does not begrudge and avenge the one who wronged him at the highest level has not learned the lesson of the vengeance against the snake and must therefore not really be a Talmid Chacham.)

However, he saw that the source of the words he was saying when he began to speak was Hashem putting the words in his mouth. This is seen in the Tanchuma, which says on that pasuk, "l'Keil gomer alai," that Hashem completed Yaakov's words for him. Because of this obligation to keep the grudge though, Yaakov's words for his first three sons, Reuven, Shimon and Levi, were words of rebuke. However, when he got to Yehuda, whose name contains the letters of the 4 letter name of Hashem, and that Yehuda had no pretensions and viewed himself as having nothing of his own (leis l'm'garmei klum), his mercy was aroused. And once his mercy was opened up, it remained open for the other 9 brothers.

This is why he didn't start off referring to his Brachos as Brachos.

I have a few questions though on this teaching.

Mainly, it is still very difficult to come to terms with the Gemara in Yuma that requires a Talmid Chacham to hold grudges and take revenge on those who personally wrong them. It is also hard to understand the gemara's statement that he must "take revenge" when the gemara also limits the revenge to having no outward expression. In what way then is the Nekama, the revenge manifested?

Also, I thought the brothers never told their father Yaakov that Yosef was sold by them as a slave. How did Yaakov know this? And if he did, indeed know, then how, actually, could he ever forgive them (even knowing all of the midrashim about their justification for their ta'anah against Yosef)?

To my limited understanding I can offer two potential explanations:

1. A Talmid Chacham's kavod is not his own, it is due to the Torah for which he is a vessel. Therefore an offense to him is an offense to his Torah, and it would be inappropriate for him to compromise his Torah's kavod.

2. (the more hassidic reason) As Rebbe Nachman teaches, whenever someone receives din from other people, in shamayim they don't prosecute that person. Therefore, perhaps the requirement of the Talmid Chacham to exact vengence is to rescue the person who acted against him from the harsh judgement from shamayim.

He can take revenge without letting the guy know what he did. For example, not stopping to give him a ride when he could have where it's not noticable. . .

1. I also had thought of this as a possible explanation but I forgot to put it in the post. I hear it, but the lashon of the gemara is so strong. It is difficult to understand.

2. That's interesting. I never heard that teaching. Thank you. It reminds me of certain stories where Tzadikim embarrased people because they saw the person had an imminent decree of death and only "hamalbin pnei chaveiro b'rabim, k'ilu shofech damav" could save the person as a substitute for actual death.

You are right. Taking revenge by being passive and not taking an active action is what Yaakov did by planning to abstain from blessing his children. I suppose you're right that this is how he is expected to take revenge by the gemara, but without doing anything overt to the person.

Any other ideas on how Yaakov found out about the sale?