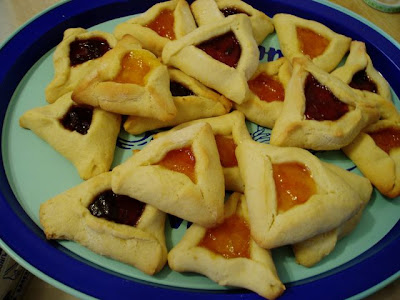 The following are the words of the Kav Hayashar (perek 97):
“...For this is a very opportune day that our tefilos be accepted in the merit of Mordechai and Esther. And anyone who needs mercy on anything that he needs to daven for, should take time to himself on the day of The Taanis Esther and first say the twenty-second perek of Tehillim - Lamnatzeiach al Ayeles Hashachar… - which Chazal say refers to Esther who was called Ayeles Hashachar (Yoma 29a, Medrash Shochar Tov 22). The Gemara (Megillah 15b) also teaches us that Esther davened this perek when she was on the way to present herself before Achashveirosh... Afterwards, he should pour out his words before Hashem, and say his requests mentioning the merit of Mordechai and Esther, whom in their zechus, Hakadosh Boruch Hu will answer him and open up the shaarei rachamim - gates of mercy for him, and his tefila will be answered willingly. We need to mention the merit of Mordechai and Esther, for the day of Taanis Esther, and the day of Purim are days of ratzon and ahava. Therefore, it is good to daven on the day of Taanis Esther. And the One who listens to teffila, should willingly accept with mercy our tefilos, Amen.”

"Since on this day they gathered together to save themselves and they were in need of rachamim (mercy), therefore, it was set up as a day to say selichos and tachanunim (prayers of teshuva and mercy). These prayers are very dear to Hakadosh Boruch Hu,and through these tefillos, tremendous mercy is awakened in the pamalia shel maalah (the heavenly kingdom)”

Regarding the significance of Taanis Esther we find the following words of the Seder Hayom:

"...For this was the day that was transformed from sadness to joy, and from mourning to yom tov. Instead of our enemies waiting to rule over us as they wished – to kill and obliterate us as were the thoughts of Haman the rasha – all the Jews gathered together in the cities of the provinces of the king to fight for their lives and take revenge against their enemies. Being that this was a day that everyone was waiting for mercy of Heaven to save them from the hands of those who sought to do to them evil and Hakadosh Boruch Hu was there to help them and save them from their pains, they have taken upon themselves every year to fast on this day, to give praise and thanks for the past, and to daven and beseech for the future..."

Have a meaningful, uplifting and easy fast, and may Hashem accept all of our tefilos for the good!

Click here to get Dixie Yid in your e-mail Inbox.
Posted by DixieYid (يهودي جنوبي) at 6:44 AM