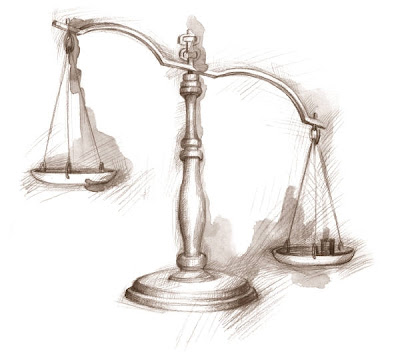 Acquiring a Favorable Judgment on Yom HaDin
By Rabbi Chaim Morgenstern
(Reprinted from the booklet with permission by the author.)
The Chofetz Chaim writes (Chovas Hashmira, Ch. 6 in f.n.) that we say in Avinu Malkeinu, “Se’som piyos mas’tineinu u’mekatregeinu”– seal the mouths of our adversaries and accusers. This can be accomplished by working on the mida of exercising restraint (ma’avir al midosov) and sealing our own mouths from causing unnecessary quarrels. By doing this, Hashem will then reciprocate – mida keneged mida – and seal the mouths of the prosecuting malachim.
Chazal write “Hama’avir al midosov, ma’avirim lo al kol p’sha’av – one who does not react negatively to another who has distressed him will have his aveiros overlooked (by bais din shel ma’ala – Rosh Hashona 17a, Rashi ad loc). This doesn’t mean that his aveiros are pardoned, but that the bais din will temporarily disregard them during the judgment. This is comparable to our judiciary system, in which a judge can postpone the trial, temporarily suspend the judgment or dismiss the case until a future date at his discretion. Bais Din Shel Ma’ala’s discretion is based on how much a person restrained himself when being hurt or wronged by another. (“Malchusa d’ara ke’ain malchusa de’rakia”– the earthly kingdom, referring to the judiciary system, is similar to the heavenly one (Brachos 58a).
During our numerous daily interactions with our family, neighbors, friends, shopkeepers, clerks, etc., we are sometimes irritated by:

• another person sharply criticizing or embarrassing us
• a child soiling our clothing
• our spouse not being on time or not doing an errand or task that we requested
• a careless passer-by inadvertently bumping into us or stepping on our shoes
• a family member disturbing our sleep
• a neighbor being late to return a borrowed item or returning it slightly damaged.

I actually printed this up before Shabbos, read it over Shabbos, and then on Sunday had an opportunity to put it into action. Thanks.