NOACH – HIS ARK AND HIS MISSION by Rabbi Chaim Morgenstern 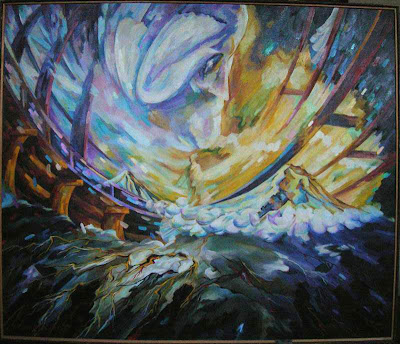 NOACH – HIS ARK AND HIS MISSION

I – Noach’s Ark
The ark of Noach was one of the most remarkable phenomena of mankind. At 60 cm. per amah, its dimensions were 600 x l00 x 60 ft., of which only a third housed all the animals, birds and insects. This area was divided into individual compartments to house approximately 25,000 species of birds, 46,000 species of animals and 850,000 species of insects. Including both male and female, the ark housed over 142,000 animals and birds, plus 1,700,000 insects contained in more than 900,000 individual compartments! The Ramban (Breishis 6:19) writes that since even ten arks could not contain this enormous amount of species together with provisions needed for one year, it was a miracle that this “small” ark could contain so much. 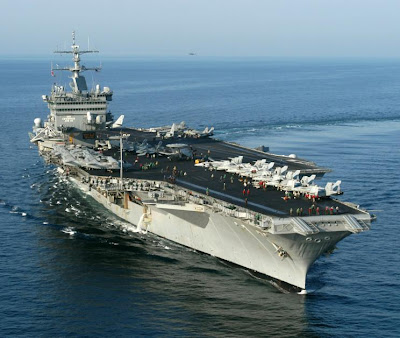 Regarding the dinosaurs, the Malbim (ibid 7:23) comments that they perished during the mabul, and their bodies sunk into the depths of the earth, which opened to release the boiling hot waters. The chemistry of their bones and the entire earth was also affected by the intense heat, thus giving them the appearance of being older than they really were. Perhaps the reason for their exclusion from the ark was not only because of their size, but to leave room for error serving to test mankind’s free will whether to believe in the Creator or in the theory of evolution (cf Rashi Shemos 13:2 s.v. Lifnei). The Zohar, (Parshas Noach 62a), relates that Rav Chiya and Rav Yehuda discovered some human bones remaining from the giants who perished in the mabul. One bone took 300 paces to go from end to end, i.e. it was longer than 100 meters! Their entire height was therefore much more than 100 meters making the dinosaurs dwarfs compared to them!

What happened to the ark after the mabul? Josephus writes that it still existed in his time and was shown by the inhabitants of the country where it remained. In the 12th century, the Jewish traveler Binyomin of Tudella reported that one of the Arab rulers built a mosque with the boards of the ark, and on Tisha B’Av the Jews assembled there to pray. Sefer Yuchsin records that the resting site of the ark is still visited and sick people pray there to be healed (quoted in Artscroll Breishis, fn to p.265).

Needless to say, caring for this super-size zoo with each animal’s individual needs and feeding schedule was a 24/7 job requiring super human energy, especially with only eight people to do the job. Chazal write that Noach and his family did not sleep during the entire year that they were in the ark, and that this strenuous exertion caused Noach to groan and spit blood. Additionally, when he delayed in bringing food to the lion, the lion bit and maimed him causing him to limp (Midrash Tanchuma 9 cited in Rashi 7:23). Since no other occurrence is recorded of Noach’s negligence, we can assume that this was the only incident of neglect during the entire non-stop feeding schedule in the ark. The obvious question arises: Why was Noach punished for this seemingly minor oversight? A simple explanation is that since the lion and its mate were the only lions left in the world, Noach had to do his utmost to ensure their survival; since if any animal in the ark would die, it would become extinct. Noach was reminded of this by the lion’s bite.

However, by examining Noach’s mission and tikun that he had to accomplish both for himself and for mankind, which was perfection in the mida of chesed, we get a deeper insight into the purpose of the lion’s bite.

Rashi (6:11), quoting Chazal, explains that the dor Hamabul was corrupt with immorality and idolatry. Nevertheless their punishment of annihilation was decreed because of robbery (V. 13). The Ramban explains that this sin is more severe because it is a rational commandment (mitzvah sichli), and a transgression against Hashem and man (bein odom l’Makom and l’chaveiro). They were so corrupt and insensitive to another’s feelings that the entire generation stole from one another (Gur Arye). Rav E. Dessler (Michtav M’Eliyahu vol. p.155) writes that the source of this evil mida comes from the koach hanetilla – each person’s innate desire to take and benefit from another. The Zohar comments that even Noach was guilty of this because he did not properly rebuke or pray on behalf of his generation to try and save them from their punishment. This is why the flood is termed “mai Noach” – the waters of Noach. It is attributed to him because once he was assured of his own survival; he did not seek mercy for the world (quoted in Artscroll Bereishis pp.203,327, and explained in Sichos Mussar, Rav Chaim Shmuelevitz #7). This is termed in Yiddish as “a tzaddik in peltz,” – a tzaddik in a warm fur coat. There are two ways to warm oneself in a cold room: either one can build a fire which benefits everyone present, or put on a fur coat, keeping oneself warm while the others remain cold.)

The destruction of the world was due to robbery motivated by egoism. To become builders of the world, Noach and his family had to cultivate within themselves the traits of chesed, kindness and mercy, i.e. selfless giving – the opposite of selfishness. This was accomplished by tending to all the animals on a continuous round-the-clock schedule for an entire year. The slightest laxity in Noach’s performance of the mitzvah of chesed would create a flaw in the tikun that he had to accomplish while in the ark. His limp, a physical defect (mum), was symbolic of the slight imperfection that was created in the mida of chesed caused by his lateness.

Two important lessons can be learned from the above. Rav Chaim Shmuelevitz (ibid.) stresses the importance of feeling and davening for another person in distress. He notes that even though there were lacking ten righteous people necessary to save the world, nevertheless their plight and fate of destruction should have evoked a feeling of pain, causing Noach at least to pray for them. The fact that he didn’t daven or try to rebuke them was indicative that he felt no sorrow for his generation. When our fellow Jew is in distress, it is our duty to feel his plight and daven for him.

During my kollel years in the Mirrer Yeshiva, there was a period when some avreichim became seriously ill. Rav Chaim Shmuelevitz, struggling in his own failing health, would enter the Bais Hamedrash fifteen minutes before the end of first seder, to address the yeshiva. In his broken voice, he would quote the above Zohar on “mai Noach” and speak about our obligation to daven for their recovery. This was followed by an inspiring recitation of Tehillim by the entire yeshiva.

Another important lesson derived from Noach is how to properly perform the mitzvah of chesed. At times, we tend to either get a bit lazy when giving a helping hand to someone in need, or may refrain altogether from doing chesed out of tiredness of a feeling that we have already fulfilled our share of chesed for that day or week. It is quite obvious that Noach’s continuous and indefatigable acts of chesed performed during his entire stay in the ark will never again be equaled in the annals on history. Nevertheless, he was chastised for a lone incident of being late in feeding the lion. Hashem knew that even under such extenuating circumstances, Noach was able to be the perfect worker, especially when his mission was to make a tikun for the entire world, including himself. Hashem therefore sent him a message reminding him to utilize his full potential.

We should ask and examine ourselves: Are we utilizing our full potential in helping our fellow Jews in need? Are we at least davening for the health and welfare of the sick and disabled and for those that we are physically unable to help?

Note: The obligations towards one’s family (spouse and children) take preference over chesed done out of the home, similar to the laws of tzedaka, where the closest of kin are helped before others. Therefore, parents should not engage in excess chesed activities outside the home until they meet their respective obligations towards their family (Rav Chaim Friedlander, Guide to Chassanim, siyum).

Click here to get Dixie Yid in your e-mail Inbox.

Wonderfully said. How can I contact the artist of the painting?

I don't know how to get in touch with the artist. The website I linked to is not working, at least for the moment. Sorry!