Rebbe Shimon Bar Yochai's Zohar - With Us Till the Geulah 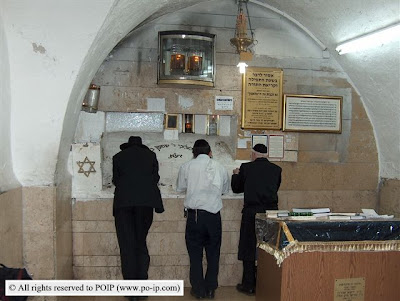 In the Hakdama to Likutei Moharan, cited in the Likutei Halachos Chumash, Rebbe Nachman points out that there is a hint to Rebbe Shimon Bar Yochai in this past week's Parsha, Vayelech. In Devarim 31:21, Moshe says, "כִּי לֹא תִשָּׁכַח מִפִּי זַרְעוֹ," "because [the Torah] will not be forgotten from the mouths of his [the Jewish people's] descendants." He points out that the sofei teivos, the end-letters of the those words just quoted in the pasuk spell "Yochai." This is meant to imply that the specific person's decendents who's Torah will not be forgotten from the Jewish people is Yochai's descendant, i.e. Rebbe Shimon bar Yochai.

This is also taught in the Zohar Parshas Nasso 124b, which says "With this book, the Sefer HaZohar, [The Jewish people] will be redeemed from exile." Meaning that the teachings of Rebbe Shimon Bar Yochai, in the Zohar Hakadosh, will be those that are with the Jewish people through the final redemption, and this is hinted at by the aforementioned pasuk in this past week's Parsha.

As has already been observed by others, as the teachings of Kabbalah, as made applicable to the masses through the students of the Baal Shem Tov Hakadosh, become more and more widely known and followed, we can see how this promise in the Zohar Hakadosh come closer to fulfillment.

May the teachings of Rebbe Shimon Bar Yochai and the Talmidei HaBaal Shem take hold in our hearts to help bring us closer to Hashem and bring the Geulah!