Guest Posting - Wrestling With Being a Ger and a Chassid 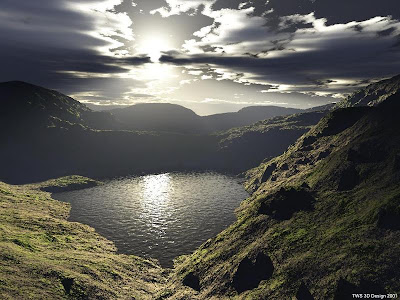 I just perused your post at A Simple Jew and the link to your blogs about the Meor Einyaim.

Similar to you, I began my conversion at age 18. Shortly after conversion a couple years later I became familiar with the teachings of a particular Chassidus which resonated with me. I am not the most aggressive type so getting my hands on the necessary information to try to make a kesher, along with my own hesitancies, meant it took me several years to make any real progress. B'H,recently I've made progress with the help of a very dear friend and last winter I met with the Admor shlita.

I have amassed a nice collection of seforim from this Chassidus which deal halachah, minhagim, and of course chassidus.

My Loshon Kodesh isn't the greatest, but I can read large sections when I find the right one.

In one of the works,I was very taken aback by a couple sections dealing with Gentiles in very strong terms. Historically it was completely understandable and the Mechaber was actually somewhat apologetic for taking such a forceful stance but it was still a tough read.

Of course I was attracted to teachings of this Chassidus because it balanced different tendencies in Yiddishkeit in a way that felt right to me. But, by then I had also read enough to know that this balance wasn't always obvious in any given discussion.

I have since been told that it was not unusual for the mechaber of this sefer to describe things under discussion in absolute terms. There was generally a practical point to be learned and it was not to be left in doubt. The nuance that I appreciated so much was to be noticed in the big picture.

I have another friend who is a convert and a chasid. He said that the first time he picked up a particular sefer he soon read a comment about the Umos haOlam's which was difficult to take....and put the sefer down for several years in protest. Only later did he learn context which helped him assimilate the concept. I guess I should be grateful that I had a little more background first.

There are well known things in the Torah sh'biksav itself that are difficult for us to assimilate. Emunah Peshuta, in my opinion, means that since we are justified in believing in Hashem and His Torah we are justified using His Torah to guide our hashkafa. Most of the difficulties we face are only in theory, the time when they where practical was a time when Hashem gave us open nissim and mamash nevuah existed. I suspect that was part of the equilibrium of free will. There emunah was supported with more actual observation so their avodah was that of actual actions, while our emunah is dependent on our mental acceptance so our avodah in this respect is essentially limited to our mental outlook.

(This picture of a "natural mikvah" is courtesy of Rabbi Lazer Brody's post, Mikvah- Ritual Immersion.)

It is so easy to inadvertently insult a convert. In Pesachim 112b, we are warned: "'Until ten generations, do not despise a gentile in the presence of a convert". For that reason alone, and there are of course many other reasons why one must be careful to speak only postively, we must all take care of how we speak of others.

Very true! And I think Rashi quotes that gemara in Pesachim on the pasuk about Yisro, "Vayichad Yisro."

It would be nice if Ben Avraham would speak a bit more about that last paragraph that seems separate from the rest of the guest post.

especially in regard to emunah today being limited to mental outlook..

it doesn't have very practical applications?

I'm copy/pasting the text of a response to your question from "Ben Avraham below:

In response to Yitz.. he was correct in noting a difference between the main text and the final paragraph. As you already know it was a bit of an afterthought and my attempt at not opening up other issues explicitly I left some ambiguity.

My point in the final paragraph was that while the examples we have discussed were particularly "chasidic" it would be mistaken to think these challenges are exclusively in the domain of Chassidus. The fact is that there are a handful of issues we run into in the Chumash itself regarding our interaction with other nations that do not mesh well with how we like to think the world should work.

It is in this context that I say our faith is not tied to actions bizman hazeh. The best example our battle with Amalek. There is much to say on this issue but we are told to do things that are not pleasant to even think about. Today we do not fight this battle on a level of gashmius but there was a time when we did. But at that time the "practical" situation was different, Amalek was a physical threat and an aggressor, and the spiritual situation was different, we were lead by Nevi'im and perceived open nissim.

Chazal teach, I'm afraid I don't know the reference, that when the first Beis HaMikdash stood and there where open miracles, people had a yetzer for avodah zarah that was comparable to the yetzer for physical desires. When the miracles ceased the yetzer disapated. Free will needs a certain equilibrium.

Nowadays we do perform these actions physically, just concede that it would be right to do so because we are commanded by Hashem. Our emunah is based on mental acceptance of Torah's truth not on observation of Hashem's open activity in the world, so our avodah [in this respect] is one of mental acceptance. While the average Yid had to battle Amalek in those days, I'm inclined to think it is perfectly appropriate for a Yid today to have difficulty relating to that avodah. The war against Amalek on the physical plain required actions that cause great hesitation, and for good reason. I believe it is with regard to destroying an idolatrous city we are taught that Hashem will give a certain siyata d'Shamaya to prevent us from being damaged spiritually. These actions are normally very detrimental.

Our emunah requires a lot of us in our actions, even misiras nefesh. But while we may be expected to give our lives (hopefully in the positive sense, today we are not expected to take someone else's. I hope this clarifies my intent in that final paragraph.

@Ben Avraham
thanks for clarifying, it's now much more clear what you meant.