What Do Baalei Teshuva Do for Us? 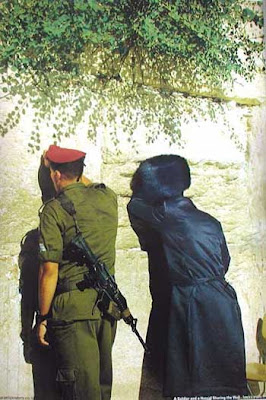 I received this article from Mr. Uberdox and had to share it! Enjoy!

What the Ba’alei Teshuva Do for Us

The theme of this year’s annual convention of Agudath Israel of America is the necessity to “Wake the Sleeping Giant” by involving all members of the Torah community in efforts to reach out to non-Orthodox and unaffiliated Jews. We are fast approaching the point where intermarriage and assimilation will have so reduced the general American Jewish population that there will be little left to rescue.

The relatively short window of opportunity remaining and the untapped potential of all Torah Jews – and not just kiruv professionals – will be the focus of most of the speakers. But I would like to address another aspect of the ba’al teshuva phenomenon that is too frequently overlooked: the positive impact that ba’alei teshuva have had on American Orthodoxy over the past 25 years.

At a recent Shabbos meal, we entertained four or five English-speaking bochurim currently learning in Eretz Yisrael. True, they were not learning at Brisk (or one of its satellites). But their yeshiva is for boys who come to Eretz Yisrael already serious about their Torah learning. Each of these bochurim came from a family where one or both of the parents are ba’alei teshuva, and they told me that the same is true for well over half the boys in the yeshiva. In sum, the American Orthodox world is experiencing something of a population transfer.

But numbers is only one contribution that the ba’alei teshuva have made to the American Torah world – and likely not the most important. For one thing, they have deepened the level of Torah being taught publicly to the benefit of the entire Torah world. Most ba’alei teshuva enter the Torah world after having obtained a sophisticated secular education. Their questions are different than those who enter the Torah educational system at age six, and the level of the answers given them must be correspondingly higher as well.

Ba’alei teshuva by definition must make a positive choice to become mitzvah observant. Something must attract them and convince them to dramatically change their lives and all their expectations for the future. Most often that attraction involves both intellectual and emotional elements. And among those intellectual elements, the exposure to the depth of Torah thought is crucial. (Some of that depth can be tasted even before the ba’al teshuva develops the technical skills to fully experience the excitement of Gemara learning.)

It is no accident, I believe, that the Thursday night shiur of HaRav HaGaon Rav Moshe Shapiro, which attracts several hundred listeners every week and is disseminated around the world, was for many years given in the beis medrash of Ohr Somayach, one of the flagship institutions of the ba’al teshuva movement, or that many of those in attendance are ba’alei teshuva. In short, ba’alei teshuva helped to create the audience for some of the most penetrating Torah thinkers of our time.

Again, because the decision of ba’alei teshuva must be a positive one, they were in many cases attracted by some of the finest individuals the Torah world has to offer – some well-known and some not. They did not grow up in the Torah community, and were attracted to the community – in some cases perhaps a bit naively – by its highest ideals and their exemplars. Part of their acculturation process requires learning to live with the fact that neither all Torah Jews nor the community are perfect in every respect.

Nevertheless, there will always be some tension for the ba’al teshuva between the ideals that attracted him or her in the first place and the reality that they discover over a period of years. And because of that tension ba’alei teshuva are perhaps more inclined to demand that the Torah world live up to its own highest ideals and not just accept things as “the way it is.”

Ba’alei teshuva are acutely sensitive to issues of Kiddush Hashem and Chilul Hashem. In part that is a function of the fact that they continue to live in two worlds. Even after they have entered the Torah world, most of their family and lifelong friends are not religiously observant. There remains a part of them that continues to view the Torah world through the eyes of those family members and friends. Because they constantly find themselves having to justify their decision to leave their former lives they are perpetually alert to whatever places frum Jews or the frum community in a bad light.

There is a positive side to this tendency to view the Torah world through one eye that retains the perspective of the outside world. And that is a heightened concern to avoid any trace of Chilul Hashem and the constant search for opportunities for Kiddush Hashem. Those traits link the ba’alei teshuva, incidentally, to all the gedolei Yisrael about whom I have written, and who, without exception, made Kiddush Hashem one of the centerpieces of their avodas Hashem.

Finally, ba’alei teshuva have played a disproportionate role in kiruv work. That is not to say that only ba’alei teshuva can be effective working with non-frum Jews – something which is demonstrably not the case. Effective kiruv professionals come from the ranks of both the frum from birth and the ba’alei teshuva. The key is caring about one’s fellow Jews and possessing the Torah knowledge necessary to show non-religious Jews an entirely new world (which is not to deny an important role in kiruv for all committed frum Jews, whether they are very learned or not).

It is only natural, however, that the passion for drawing other Jews close to Torah is most frequently found among ba’alei teshuva, who have experienced both life without the guidance of the Torah and a life with Torah and know the chasm between the two.

Much of the discussion of ba’alei teshuva has typically centered on our religious duty to draw our fellow Jews close or how we should be nice to them because they are nebechim, cut off from their families and lacking ready role models to emulate as parents. But it is also good to keep in mind how much the ba’alei teshuva have brought to our community.

This article appeared in the Yated Ne'eman on November 22 2007.

Click here to get Dixie Yid in your e-mail Inbox.
Posted by DixieYid (يهودي جنوبي) at 12:01 AM