Kol Brisk on Vayigash - Take This Message As You Choose 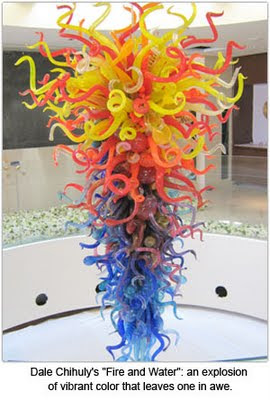 I don't know about, nor can I verify the message contained in this article, Kol Brisk on Parshas Vayigsh. The author may be inferring too much from one person's reported behavior. If comments leave the productive and enter the ad hominum realm, I will delete or close comments.

The Bais HaLevi asks about this medrash, why the double lashon? What is the difference between יום הדין and יום התוכחה? There is a יום הדין when the misdeeds of a person are shown. But a person has rationalizations and excuses for his actions. Therefore there is also a יום התוכחה. This is when the person's excuses are rendered obsolete through his own actions. For example, a person is found guilty of not giving tzedaka (יום הדין). He justifies himself by claiming that he was very short on money to pay for his basic household needs. This argument is shown to be meaningless, when he is reminded how he would go out to eat in fancy restaurants (יום התוכחה).

Yehuda had been arguing and trying to convince Yosef to have mercy and not to take Binyamin as a slave, out of concern for their elderly father. And then in that stunning moment of truth, Yosef cries out,

Listen to your own words! You are so concerned about our father?! Where was all your concern and worry when you sold me as a slave and separated me from our father for all these years?!

The brothers were speechless in face of this reproof.

The meaning of the word ויגש is confrontation. Chazal urge us to learn from the story of the story of Yosef and his brothers about spiritual reckoning in general. Yosef orchestrated the sequence of events, to reach a climax of frustration and impasse. Suddenly, it was revealed to his brothers that the very same brother they had sought to destroy was standing right in front of them. The brother they had mercilessly cast into the pit of snakes and scorpions, and then had heartlessly sold into slavery, stood now in front of them, as he had foretold in the dreams, with their destiny in his hands.

Beyond the irony, the Torah is teaching us that we are the ones that create for ourselves the reality of our choice. We can create for ourselves a reality of harmony and love and chessed and meaning. Or we can create for ourselves another kind of reality of power-seeking, jealousies and frustrations and anger. We can do all we want to attempt to escape this reality, to pretend that it is different than it really is. However, at a certain inevitable point, it catches up with us. The example given is a woman in labor. Try as she may to escape her pain, she cannot run away from her situation. The Torah guides us to honestly confront ourselves, and not to look to escape by way of all kinds of distractions and delusions. (Baal Shem Tov)

We must deeply contemplate and connect to our inner world. To become familiar with our desires, aspirations and also insecurities and frustrations. Look around, try to understand the connection between what is happening inside ourselves and what is happening outside ourselves. Hashem is constantly sending us messages and traffic signs. By connecting to where we really are and what we are feeling, we enable ourselves to call out honestly to Hashem.

One of the very prominent kiruv organization just moved into a multi-milllion dollar, very fancy and impressive new building in a prime location in the Old City of Yerushalayim. The very next week, one of the important couples on the staff of this organization hosted a woman married to a Breslover chossid for a Shabbos meal. Her husband was away from home that week. At the Shabbos table, the host began criticizing and mocking this woman's husband's derech. The woman could not believe her ears. She could not believe that he was serious. Therefore, in a polite and friendly manner, she protested. The host did not stop the tirade. This woman stood up in shock and walked out of the house.

The hostess later come over to the woman's house, but not to apologize. She explained that the way that she and her husband had behaved was based upon the teachings of Gedolei Yisrael of the generation. (Some of the most destructive lashon horah today is done in the name of Gedolei Yisrael.)

Does this high level of aggression and audacity have anything to do with the new fancy building that the kiruv organization moved into? Does this give them a license to attempt to destroy a marriage?

Hashem doesn't need big buildings. Hashem in not interested in big political parties. Hashem distains powerful and aggressive organizations. Hashem wants us to go on a straight path of sincerity and humility. We must open our eyes and ears to all the subtle and not so subtle messages that are coming our way, and not to repress or ignore what is being shown to us.

Let us honestly call out from the real situations we find ourselves in, and He will surely send us the answers.