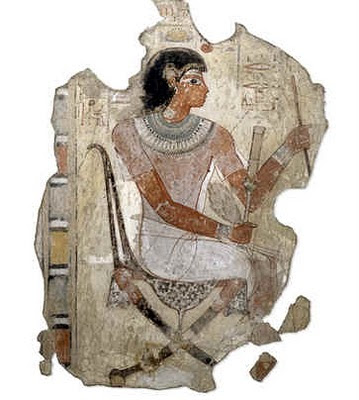 Sorry for the delay but here is Reb Itchie Mayer Morgenstern's Torah on Parshas Vayigash, with English excerpt and full text in both English and Hebrew in pdf form.

“Then Yehudah approached him, and said: ‘Oh my lord, let your servant, I pray you, speak a word in my lord’s ears, and let not your anger burn against your servant; for you are even as Pharaoh. My lord asked his servants, saying: Have you a father, or a brother? And we said unto my lord: We have a father, an old man, and a child of his old age, a little one; and his brother is dead, and he alone is left of his mother, and his father loves him.”

Rashi explains: “‘And [Yehudah] approached him...speak a work in my lord’s ears’—May my words enter your ears. ‘And let not your anger burn’—From here we learn that he spoke harshly to him. ‘For you are even as Pharaoh’—Its simple meaning is that you are as important in my eyes as Pharaoh. The Midrash teaches that, ‘Your end will be to be struck with leprosy just like Pharaoh was by my grandmother Sarah, for having kept her over one night.’ Another interpretation is, ‘Just as Pharaoh makes decrees that he doesn’t fulfill and promises that he doesn’t keep, so do you. Is this what you call “placing an eye” upon someone, that you said that you only want to “place your eye on him?”’ Another interpretation is, ‘You are just like Pharaoh—if you fight with me, I will kill both you and your master.’”

We find in the Zohar on the opening verse of this week’s parshah: “‘And Yehudah approached him’—Two worlds approached one another, to join one to the other so that they would become one, because Yehudah is a king and Yosef is a king. One came close to the other and they were joined one to the other.” This indicates that at the time of Yehudah’s approach toward Yosef, they were united. Yet this appears to contradict the Midrash that Rashi cites, that Yehudah spoke harshly to Yosef and went on the defensive with him.

...The path of contemplative avodah that leads to complete self-forgetting within Hashem’s light is that of Yosef HaTzaddik who reveals the “white light.” The path of contemplation in the manner of tzimtzum—meditation upon the limits and boundaries that serve to further adorn and highlight that which is limitless—is the path of Dovid HaMelech who reveals the “black light.” These are the two “worlds approaching one another, the two pathways of Yehudah and Yosef that one must know and appreciate individually as well as in conjunction with one another. Anyone who does not know how to join them has spiritually descended to Mitzrayim. Exclusive focus on Yehudah-type fiery yearning and effort will deprive him of serenity in his avodah, while exclusive focus on the cool meditative waters of Yosef will sap him of the ability to expend effort in avodah so that he will not be able to achieve completion. This inevitably leads to dissatisfaction and joylessness in his Divine service.

...After all of the contemplation and meditation and dveikus, everything must return to the state of self-nullification, to the “black fire” of realizing that no matter how much one apprehends G-dliness, it is all black and occluded when compared with the truth of Hashem’s light, which is beyond all apprehension.[1] When a created being comes to realize its nothingness and limitation, this realization becomes a vessel that can contain a spirit of prophecy, so that Hashem’s spirit can dwell within him. All the while that a person believes that he actually has the power to achieve closeness to Hashem through his own efforts and does not realize how dependent he is on Hashem’s mercy, he has no proper vessel in which to draw down a spirit of life and vitality from Hashem. He therefore must “return to dust,” to the aspect of Malchus, and understand that all of the levels that he can possibly reach are only reflections of the light that Hashem reveals, but they are as null and void when compared with the truth of Hashem’s light.

Picture courtesy of biblepeople.info. Click here to get Dixie Yid in your e-mail Inbox or here to subscribe in Google Reader.
Posted by DixieYid (يهودي جنوبي) at 9:06 AM