The Freedom of Shabbos' Restrictions 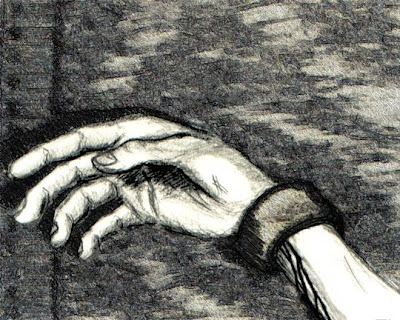 I had a hargasha, a feeling, during Shalosh Sheudos which I wanted to share. No chiddushim. I just had a feeling of really understanding on a deeper level what the Mishna in Pirkei Avos 6:2 meant when it said "שאין לך בן חורין אלא מי שעוסק בתלמוד תורה," There is no greater free man than one who is engaged in learning Torah."

I was just thinking at Shalosh Sheudos how sad it is that Shabbos was about to end, and the battle would begin again. I realized that once all of the prohibitions of Shabbos are lifted, I would be "free" again to do all of the things needed for worldly life. And when you're "free" do those things, really you have to do them, since there's no excuse not to.

However, on Shabbos when we have no choice but to abstain from those worldly pursuits, the Yetzer Hara loses it's excuse to make us do things which take us away from Him. When I can do those weekday things, then I can't not do them. But on Shabbos, when I can't do them, it is such a liberating feeling to be free of it all. That's why the restrictions of Shabbos are such a breath of fresh air.

Oy Shabbos! What a mechaya! (breath of fresh air) Halevai (would that) we will all soon be in that state of Yom shekulo Shabbos, in the days which are totally Shabbos forever and ever!

DY- I hear what you're saying and its a very nice point. However, its not exactly a good fit for "ben chorim- me shayasok betorah"- b/c you're discussing fulfilling the mitzvos- and Shabbos in praticular- but doesn't have that much to do with Learning Torah (unless you stretch it to mean that only someone who learns will have these hargashos/ hanhagos on Shabbos- but that seems like a stretch). what do you think?

Yes, I'm expanding the idea out from just Talmud Torah. As a background, why does learning Torah = freedom? There could be many reasons, but I'm most familiar with the explanation that one who learns (and keeps) the Torah is free from enslavement to the Yetzer Hara. That concept can be applied more broadly to mitzvos/halacha/learning in general as well.

I find Shabbat very liberating...it isn't that I CAN'T do things, its that i don't HAVE to. No internet no computer...love it!

I SEE A CONNECTION BETWEEN SHABBOS AND TORAH. BESIDES FOR THE MANY DEEPER CONECTIONS, SHABBOS IS A KEY TOOL IN TSHUVA. WHEN ONE FEELS FREE OF PAST WRONGDOINGS THAY ARE IN A POSITION TO FEEL THE FREEDOM OF THE TORAH.