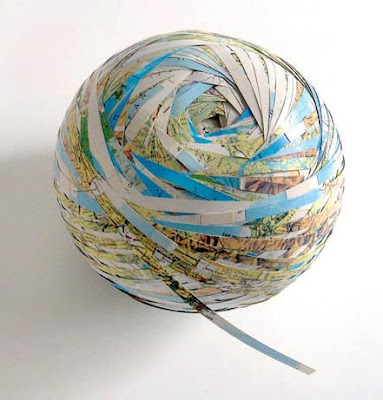 Building a Sanctuary in My Heart -- Rabbi Yaakov Feldman
We know his name by now, but he doesn’t cite it in his many books (nor does he include a copyright). And the phone number listed on the inside-cover of all the works for more information isn’t his, but rather a student’s. But those are just a few of the captivating things about the author of the now voluminous series of seforim that (almost) all go by the name of Bilvavi Mishkan Evneh.

To my mind among the many other wonderful things that the author has done was to “introduce” the Ribbono Shel Olam into contemporary Jewish conversation and to re-introduce Him to more advanced learners, as we’ll explain below.

For while the second Rebbe of Lubavitch (R’ Dov Baer) once said quite off-handedly that all Jews are just naturally moved to the core when certain things about G-d’s presence in the cosmos are presented to them (Kuntres HaHispa’alus) … that doesn’t seem to be true today. In fact, Rebbe Nachman of Breslov’s dire prediction that there would come a time when a simple person of faith would be considered on par with the Baal Shem Tov has come true. But I contend that the Bilvavi Mishkan Evneh series is doing all it can to change that.

Let’s start off with some facts, though, like the Bilvavi’s published works and their contents.

The most popular of his works is the Bilvavi Mishkan Evneh series, numbers 1 through 10. These are the works that introduce the Ribbono Shel Olam into the conversation that I spoke of above. The first of the series details how to draw His Presence into your day-to-day life; and the others expand upon that idea and introduce us to notions that, while familiar to enthusiasts of Mussar and Chassidic works, are often unexplored by otherwise fine and fully-observant Jews, like loving and revering Hashem, serving Him wholeheartedly, humbling yourself in His presence, and more.

The tenth in the series is actually a republishing of an earlier work known as Kol Demamah Dakah. It’s very erudite and concentrates on some astounding gematrios, allusions to things in pasukim that we wouldn’t have thought of, the significance of certain contemporary phenomenon, and then some.

It was actually the first of his works that I came across. I live in the Monsey area, so as you might imagine, I have the luxury of browsing several excellent seforim stores, as I often do. I was struck by Kol Demamah Dakah the first time I came across it, but for one reason or another I just decided not to buy it. I came upon it again a couple of weeks later, perhaps at another store, picked it up again to look it over, and did the same -- though I was captivated. When I came upon it a third time and delved into it I was hooked. It’s utterly original -- which is true of everything written by the author -- and as soon as I sat down with it at home I was convinced I wanted to follow this author. I came upon numbers 1 and 2 and was delighted with them, and etcetera.

Then I was privileged and delighted to discover the Bilvavi’s more esoteric works including Lahav Aish (Baal Shem Tov v’Talmidav), Sefer HaEmunah (which is largely unknown), his comments on Sefer Baal Shem Tov, on the Parshios and the Moadim, and his Toras Remez.

As if that wasn’t enough, the Rav has also begun series of works that serve as comments to the Ari’s Eitz Chaim, on Hakdamas Rechovos HaNahar (an exceedingly recondite work by the Rashas), on Ramchal’s Klach Pischei Chochma and his Derech Hashem, and on Rav Yitzchak Ayzik Chaver’s Pischei Shaarim. And He has also started a phenomenal series of works termed Da Es Atzmecha (translated as “Know Thyself”, as the expression goes) which is touted as being “For the Thinking Person” right on the cover, which it certainly is.

As I said, these more advanced works manage to re-introduce the Ribbono Shel Olam to advanced learners. For while they may delve into Kabbalah seforim for the best of reasons, they may have forgotten Him in the process, since it’s easy to get lost in the minutia of the glorious details of Kabbalah and to forget the Source of it all. But let’s put it another way.

I am most struck by the Bilava’s Ohr Makif perspective. As many know, Kabbalah seforim speak of Ohr Makif and Ohr Penimi -- “Surrounding Light” and “Inner Light”, or to my way of thinking, better put as the difference between “The Big Picture” and “The Details”, “The Forest” and “The Trees”. Many students of Kabbalah get lost in the thicket. A slew of sefiros, olamos, etc. come upon him which he then tries to integrate into his being, and he gets lost in it all. He becomes enticed with the way the cosmic elements work with and against each other; how close one is to the other and yet how far apart and separate they are; the quick and radical way they each carry out their separate mission on the one hand and the subtle ways they make room for each other; and far much more.

The over-arching point, though, is that they’re all in partnership. For while like separate and unique shevatim with flags and colors of their own, each element of the olamos help comprise one Nation, if you will: a huge Union. And if one concentrates upon the “Trees” without catching sight of “The Forest” he forgets that -- he forgets The Ribbono Shel Olam, who stands as the Great Backdrop of them all, of the Grand All.

The Bilvavi gets that. And he’s sure to set his readers back on course again and again throughout his comments upon the Kabbalistic minutia, which I very much admire.

Now, as anyone who has ever seen his videos at http://www.bilvavi.net/ can see, the Bilvavi is only in his mid-thirties, which is both frustrating to us older folks who are frankly envious of his genius at such a young age, and is exceedingly encouraging for the Jewish future. His relative youth has been noted in an earlier haskama from Rav Deblitzky of Bnei Brak. In fact, many may wonder how so young a person could have such a deep and wide view of some of the greatest secrets of the Torah, but I believe the Rav himself explained it in his comments to Derech Hashem.

He wrote there (on p. 29 of the first volume) that the great Sfas Emes had been made a Rebbe at age 26, and was asked how he managed to garner such great wisdom and insight at such a young age. He replied with a mashal. “It would be as if a mountain-climber who worked for years to gather a team together, to get in shape for the awesome ordeal, and to do everything he had to do for so long, then reached the mountaintop -- and came upon a kid there. ‘How did you ever get here at your age?’ asked the mountain-climber. ‘It’s simple,’ said the child. ‘While some have to expend the effort to reach the mountaintop, others are born and raised on it’.”

We don’t know much about the Bilvavi’s background (though it’s clear from the progression of his works and citations that he started off with a Yeshivish background and only later came upon Chassidus and Kabbalah), we nonetheless know that he came from extraordinary roots and was born to do his holy work. At bottom I’d say that everything that the author touches turns to wisdom, and he’s always original and very, very deep!

May the Ribbono Shel Olam grant him a long and productive life, and may we be zoche to draw from his Torah for many years!

Rabbi Yaakov Feldman has authored a number of books and has been offering weekly e-mail classes for http://www.torah.org/ for years that are subscribed to by thousands of readers. They include “Spiritual Excellence” and “Ramchal.”

Update 7/3/08: With his permission, I submitted this article, which I had solicited from Rabbi Yaakov Feldman, to the The Five Towns Jewish Times. They have published it and it can be accessed HERE!

Yes it is, as we have said many times on this site.

Rabbi Yaakov Feldman is an extremely knowledgable author and lecturer. He was writing this guest post *about* Rav Itamar Shwartz's seforim.

I deleted your previous comment because while he may have disagreed, I have no indication that he wanted his feelings plastered all over the internet.

I deleted your latest comment because I don't think pipsqueaks like us have a right to an opinion about such a great person's personal decisions.

As you wish. I'm not really interested to comment in environment where only censored and "right" view can be presented. Sorry for bothering you.

Actually, if you've been reading for more than 1 post, you'd see that even very strong disagreement, argument and debate is free and open. What I don't allow to remain, and what has caused me to delete comments on a couple of other occassions in the past, are comments which are disrespectful of Talmidei Chachamim, Tzadikim or Gedolim. You said something in one gadol's name that I doubt he would have given you permission to say on the internet. Debate or disagreement on substantive issues is welcome. Disrespect to Talmidei Chachamim, Tzadikim and Gedolim is not.

About this Sefer HaEmuna.. anyone ever see it? or even heard of it for that matter?