Who is Honored? One Who Cleanses Others. 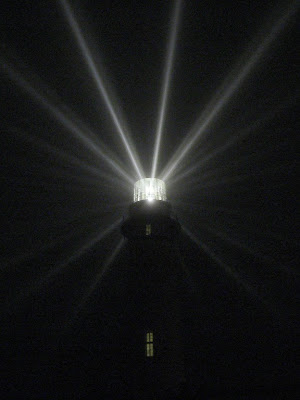 Over Shabbos, I was in another community for a family Bar Mitzvah and I was zoche, by Shalosh Sheudos, to meet a gevaldigeh Yid and a Talmid Chacham named Rabbi Ronen Shaharabani, who shared some interesting insights with me. One of those that I wanted to share was an insight into the meaning of the Mishna in Avos 4:1, " איזה הוא מכובד? המכבד את הברייות." "Who is honored [by Hashem]? One who is 'מכבד,' honors others."

Rabbi Shaharabani heard from a friend of his the following vort, which he expanded greatly upon: His friend pointed out that the word "מכבד," honors is the same as the word that is used to mean "cleans" or "sweeps," as in when one cleans the house, as the Gemara in Shabbos 95a says, "תנו רבנן ... המכבד ... בשבת חייב חטאת." "One who sweeps (is 'מכבד') [his house] on Shabbos must bring a sin offering [when it's a dirt floor and he did so negligently]." His friend suggested that this could mean that a pshat, explanation for the Mishna in Avos is the following: "Who is honored by Hashem? One who cleans another Jew (i.e. is a kli [vessel] to be mekarev him to Hashem)"

Then Rabbi Shaharabani suggested that you could take this vort a step further. When one sweeps his house, what does he sweep? Is it the stains that are insepperable from the floor its self? No. Rather, it's the dirt and dust that rests on the floor but it not attached to it. We don't bother sweeping things that are attached to that which we are cleaning. Similarly, this would mean that when a Jew is mechabed, helps clean another Jew, it is only with the recognition that all of the aveiros that this Jew has done are only dust upon their neshoma, but that underneath them, that Jew is still a pristine Neshoma. It is like that which the Tanya said in the second perek; "עמי הארץ ופחותי הערך ועם כל זה עודינה קשורות ומיוחדות ביחוד נפלא ועצום במהותן ועצמותן הראשון שהיא המשכת חכמה עילאה." "Ignorant Jews and those of the lowest level are nevertheless still tied and unified with a wonderous and awesome unity with their original existance and essence, which is a drawing down of the Supernal Chochma [of Hashem, k'vayachol]."

He further suggested that the fact that Hashem honors one who cleanses other Jews is mida keneged mida, measure for measure. He is helping sweep off the shmutz from the other Jew because he recognizes that underneath the shmutz, he is still a chelek Eloka Mima'al, a portion of the Living G-d, kevayachol, as it were, so he's really honoring Hashem by believing that the "portion of Hashem" within the other Jew is not pagum, blemished. So by sweeping the other Jew because of a recognition of the unblemished G-dliness within him, he is really honoring Hashem. So Hashem therefore decrees that the reward for that is that Hashem honors him, which is measure for measure reward for his honoring of Hashem.

May we be zocheh to recognize the nekuda within our and others' neshamos that will always remain pure. Haneshoma she'nasata bi tehora hi!" "The neshoma that you have placed within me is pure!" Let this recognition give us chizuk never to give up hope on ourselves or others, no matter what we have done. There will always be a pure neshoma that we can work to access and uncover!

you said "chelek eloka mima'al, kevayachol" but i believe the Tanya uses the terminology not of kevayachol, but 'mamash'

as far as I understand, there's no kevayachol about it..

Slight correction. I didn't say "chelek Elokah Mi'ma'al, kevayachol" as you said, but rather, I used the word "kevayachol" after the English word "portion." My kevayachol modified the word "portion" since G-d cannot be divided into different "portions." But it is true that the Tanya says "mamash" as you pointed out, which requires much explanation as to what the true translation of "chlek" really should be, given Hashem's indivisibility... What do you think?