"Cut Your Losses" When the Yetzer Hara Strikes 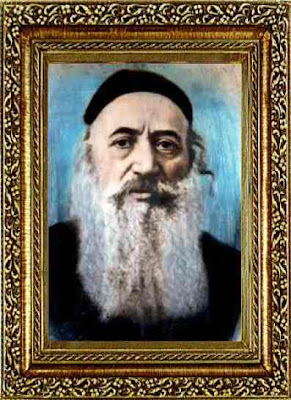 He says we must follow Yaakov's lead and use his strategy. When we fail in something, we must learn to cut our losses and not get too tzubrochen, broken about what happened. WE must separate our inner selves into many camps so that even if part of us gets beaten, we can still go ahead with our remaining, intact, selves and push forward. Memeila, automatically if we keep moving forward, we will be able to me mesaken what we did. The main focus, though, should be on not doing it again and in moving forward with avodas Hashem, and not getting hung up on what we did wrong.

Of course we must do teshuva and fix the things we do wrong, but if it gets to the point of depression, as opposed to a broken-heartedness which strengthens our resolve, this is the counsel of the yetzer hara.

The Divrei Yisroel likens the situation to a gang of robbers who have a plan to clean out a businessman's store. Thet send in one of their chevra to steal one item and then run out, hoping that the storekeeper will run after that man, trying to get his item back. And while he is out, the rest of the gang will clean out the whole store. He says that a wise storekeeper will just "write off" the stolen item and just be more careful that no one should steal anything in the future. In such a way, he will, though his additional care, make back many times the value of the stolen item over time.

The nimshal is as we have said. If we mope and wallow in self-pity over the aveiros that we've done, we fall right into the yetzer hara's trap. Rather, we must follow Yaakov Avinu's lead and split ourselves into multiple camps. So that if we fall prey to the yetzer hara in one area, we will still have the motivation and perseverance to continue forward in all areas of avodah afterward, and not to get pulled down by our losses.

May Hashem make us successful to fighting the yetzer hara, and in knowing when to "cut our losses" and keep growing despite our failures!

this is an issue i've had trouble communicating to others before, until you really understand that the yetzer hara is separate from you, it's hard to not get depressed, but once you make that connection you can fight it at all costs.

this metaphor is great for someone once they've begun to understand the yetzer is separate, but as an added bonus it might circumvent the issue by recognizing that even if it's just you making mistakes, there is still a better strategy that getting too upset about it.

Thank you for telling over the words of your Rebbe. Yeah, sometime the idea of "Lose the battle to win the war" escapes us when it comes to the war within us.
Yashar Koach!

Depression, i learned in one Shiur, essentially means we have given up hope. It is so important not to get to that point (speaking from experience).

Get back in the saddle, learn fromt the mistake...

when i was training for mountain bike racing, my friend told me to always find THREE positive things to take in from any training session or race (despite how bad they might have gone) - that way, the negative experience will turn into a learning one.

Rabbi Arush points out often that Hashem wants your Tshuva, not your depression.