Rabbi Haber on Not Scapegoating Why Kids Go Off the Derech 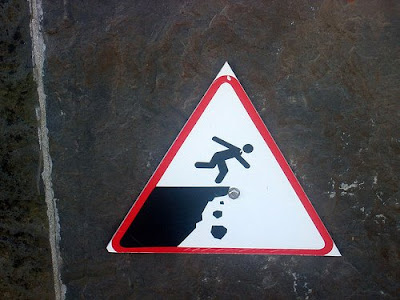 Rabbi Yaakov Haber posted a very very very important article on why kids go off the derech and whether some of the things that are often blamed for this are really to blame or if they are just scapegoated. He talks about getting to the real issue. What he writes is very much in line with what I wrote in this post, which is greatly influenced by things I've heard frommy rebbe. It should be noted that the article is a transcript of an interview he did for Horizon Magazine. Here are some key quotes from his post and a link to the full article.

Horizons: I just recently came across another warning against the dangers of the internet to the spiritual wellbeing of our children. Maybe we can begin our discussion by asking how much is the internet to blame for “kids at risk”? Or is that merely scapegoating?

Rabbi Haber: The internet has proven to be capable of a great amount of damage to Jews of all ages. However, it is important to remember that the internet is a reality. There will come a time in the not-so-distant future when it will be impossible to pay a bill, bank, make a phone call or even turn on a light in your house without using the Internet. Instead of forbidding the Internet and non-kosher cell phones, it would seem to be more prudent to teach students how to interact with the Internet responsibly. If we were to forbid everything that we can use the wrong way we must include cars, mp3 players, and for that matter---women! We have to be very careful with internet technology---but forbidding it is not the answer in the long term.

When a teenager leaves us for a more exciting lifestyle, we have to ask ourselves why they are not finding that excitement in our homes and communities. In his remarkable sefer, Tzav V’Ziruz, the Piacezner Rebbe teaches an important lesson in education: Nature abhors a vacuum. The sustenance of the neshama is regesh (emotion). The neshama wants to be filled with a regesh of kedushah. If it doesn’t find kedusha, it will search for any form of regesh, even violent or disgusting regesh. We have to fill our children’s neshamos with healthy Torah regesh. Then the urge to look elsewhere will disappear.

H: Sounds like the system is designed to spread the malady.

RH: You know, I would say that it’s not “kids at risk, it’s “Klal Yisrael at risk.” I have worked with hundreds of so-called “kids at risk.” Most of the time these young people are the cream of the crop. Adel, sweet, caring individuals. The kind that, if you say “Well, I have to be going into the city now,” they’ll immediately offer to give you a ride. And it’s often because they are not aggressive or bullying by nature that they are swayed by bad influences, make bad decisions. But they are good kids.

You have to ask yourself : What would happen if they would not fall through the cracks? They have tremendous potential and a role to fill in the Jewish people. There are so many different mandates: tefilah, chesed, writers, administration, etcetera. In an eltist system, these are all b’dieved. But is that really the emes? No one should be an extra. Everyone should feel needed and important---because they are. This is how Yaakov Avinu spoke and blessed all of his children before he left this world: “Each man according to his blessing did he bless them.”

So, if we allow them to fall thorugh the gaps, Klal Yisrael loses. So it’s not just a matter of saving this kid or that kid; but of saving Klal Yisrael. As I said, we have to decide if we can afford to lose them.

Email ThisBlogThis!Share to TwitterShare to FacebookShare to Pinterest
Labels: Off the Derech

G-d bless you and yours.
i agree with the R that the kids must be taught to use the internet responsibly. If not for the internet, people who live in places which have no lawful contact with the chosen people, would not be receiving or learning the 7 noahide laws and the holy torah.
When man made laws have forbidden any form of contact with the chosen nation, the internet, being a borderless world, has over come these laws and brought the light of the holy torah to jews and gentiles, in the most remote and unexpected places in the world.
And this is a blessing from Hashem Himself.

This quote from your post (from the interview) was worth waking up for...
"No one should be an extra. Everyone should feel needed and important---because they are."

Halevi, this should be the case.

I definitly agree that we cant be totally cutting off our children from influences like the internet as they are for sure necessary in todays world. But i think its very important for us to moderate our childrens use of the internet and other such potential dangers to the utmost degree. The Gemara gives an example of putting your son with a sack of money in front of an "immoral house." what do you think the child is going to do? The child isnt to blame, we are created with certain drives for assur things. So control over the internet is very important- like parental controls and time limits etc.
Another thing i would like to comemnt on is this quote:
"If we were to forbid everything that we can use the wrong way we must include cars, mp3 players, and for that matter---women!"
I'm not sure what the Rabbi means by that but correct me if im wrong, women ARE assur when it comes to kids/teenagers; in many ways!! "Lo sikrivu legalos erva" In a generation where by the touch of a button in the privacy of ones home one can get any pleasure they want, means for this generation we must be extra careful with our childrens association with the opposite sex. There have been too many sad strories with children that have ruined their lives and reputations by mistakes in their teenage years. And who is to blame? Not them!! Its the parents who weren't careful enough to be on top of their kids leves! But as ive always said- teenagers are like a wet bar of soap. Hold them too losely, before you know it they'll slip out of your hands. Hold them too tightly and theyll FLY right out. You have to hold them just right

Of course. What you're saying is certainly true and something I've written about in the past. I think R' Haber was referring specifically to the long-term ineffectiveness of completely forbidding the internet in all forms. OF course it must be with filters and only used when there's a real reason. Even though my kids are computer literate, they are not allowed on the internet, even with supervision. At some point, it may be necessary, but that time has not come yet (4th grade).

And as to women, of course all of the issurim apply, including the the fact that boys and girls shouldn't have any social contact with one another until they begin dating for marriage. But R. Haber was referring to the rediculiousness of the idea of forbidding the existance of women themselves. He's using hyperbole.

But certainly parents should teach kids to use things responsibly and put in place common-sense guidelines and restrictions.