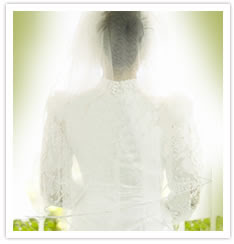 This is a beautiful d'var Torah explaining the difference and essence of Rachel and Leah, according to the inner side of Torah by Rav Zvi Leshem (Blobstein). He also has very good advice and words about silence versus action as a response to the unbelievable atrocity in Mumbai.

Today, we, all of Am Yisrael and all civilized people, are mourning the holy victims from Chabad House in Mumbai as well as all of the victims from this horrific attack. On the one hand "silence is above speech", as HaShem said to Moshe when he asked about the justice of Rebbe Akiva's death, "be quiet, this is what has come into My thoughts" (as explained by Rebbe Nachman). We are speechless, but we can attempt to make a difference. We can learn l'ilui nishmatam of the victims (and the refua of the wounded), we can recite Tehillim and Mishnayot. We can also try in our own small way to make the world a better place. Smile, speak kindly, give others the benefit of the doubt, do a favor and be very careful to avoid lashon hara. And of course daven to HaShem to comfort the families and that the world will become a safer and healthier place and that we really do want the Geula...
HaShem Yikom Damam! besorot tovot, kol tuv,
Zvi

Regarding Rachel and Leah the Zohar[5] writes, akeret habayit (the essence of the house) - is Rachel…happy is the mother of children – is Leah. The Zohar further identifies Rachel with the Shmita year and the revealed world. Leah is identified with Yovel and the hidden world.[6] Regarding their names, the Mai HaShiloach[7] cites the Midrash that everyone has three names, the name they receive from their parents, the name that society gives them and the name they make for themselves. Parents choose names based upon their intuitive understanding of the child’s nature when they first see her.[8] The name Rachel indicates that her heart if full of jealousy and victory, which she does not utter…and her jealousy is for the sake of Heaven…Leah is the language of exhaustion (nileh), for she was always exhausted and thirsty for HaShem’s deliverance. Earlier in Polish Chassidut the Chozeh of Lublin had explained[9] that Leah represents the trait of humility, whereas Rachel is yira, the fear of G-d, for yira includes all of Yisrael as one…therefore yira is called Kenesset Yisrael.

In contrast with the Tora’s description of Leah’s “weak eyes”, Rachel is described as being beautiful, and states that Yaacov loved her for her beauty. Reb Levi Yitzchak of Berditchev completely rejects the idea that Yaacov, the greatest tzaddik, would have loved Rachel because of her physical beauty. He explains that since Yaacov represents the sefira of Tiferet, beauty, it was his way in worshipping HaShem to uplift all of the world’s beauty and use it to serve HaShem. Yaacov saw a spark of beauty in Rachel and he lifted it up to its supernal source and served HaShem with it.[10] In a similar vein, The Kozhnitzer Maggid also analyzes the beauty of Rachel, for the Tora would not have wasted words just to tell us that she was physically beautiful. In his understanding, yofi, beauty, is a trait in Avodat HaShem. When we are told in Mishlei that beauty is frivolous, but a G-d fearing woman will be praised, this means that she will be praised for her beauty as well. When the Tora praises Rachel’s beauty, it follows that she is also righteous.[11] This is a departure from the usual understanding. There is not a complete dichotomy between external and internal beauty. However, external beauty is only significant as an addition to internal beauty. This combination creates a harmonious over-all beauty that we would perhaps associate with chen, grace, a softer, gentler form of all encompassing spiritual and physical beauty that compliment each other. This was the beauty of Rachel. The Meor v’Shemesh states that unlike Leah whose deeds were all in secret, Rachel was tzenuah b’pharhesia, publicly modest[12] and everyone realized that she was righteous.

As we know, Leah, who perceived herself as being hated, was blessed with many children. Rachel, on the other hand, remained barren for many years. Her harsh demand from Yaacov to provide her with children or she would die, was calculated, according to Reb Simcha Bunim of Preshyscha, to cause Yaacov to hate her, so that she would also merit children![13] Rachel didn’t only exhibit great self-sacrifice in enabling Leah to trick Yaacov and marry him, she was also willing to sacrifice his love in order to be able to participate in the building of Am Yisrael. As Rav Soloveitchik writes; she gave her sister the signs…without knowing that she would also be able to marry her beloved in the future. She sacrificed herself for her sister, asking nothing in return. Rachel’s fate is to pave the way for another woman, while enduring painful loneliness. Her greatest sacrifice was her early death…she didn’t have any nachas from her children Yosef and Binyamin, and wasn’t even buried next to her husband…that victory went to Leah.[14]

[1] A close reader following my writings over the years has probably detected my strong identification with Leah, my Savta (we are from the tribe of Levi). This year I was asked to give a shiur about Rachel on her yartzeit, 11 Cheshvan, and this was a great tikkun for me. I have always felt that Leah suffered greatly from existential loneliness, feelings of rejection and from being misunderstood. As a result of my recent learning I have come to appreciate the extent that Rachel, despite being the “preferred” wife, also suffered greatly. Her great self-sacrifice for Am Yisrael and for Leah are now clearer to me. I am beginning to come to terms with her being considered “the essential mother”. She is also my Savta. As usual I benefited from the work of my colleague Rav Eliyahu Yedid, in his Arba Imahot v’Am ha Malchut.
[2] Bereshit Raba 71:2. Based upon Bereshit 29:31.
[3] Vayetzei, s.v. Vayomru Yadanu.
[4] In Kabala, both Rachel and Leah are identified as aspects of the Shechina. Leah, is Bina, the Higher Shechina, whereas Rachel is Malchut, the Lower Shechina.
[5] Part One, 154a. Based upon Tehilim 113:9.
[6] For a different reading of Rachel and Leah, see Rav Soloveitchik, HaShitin she’b’Kenesset Yisrael, in Yemei Zikaron, p. 63-66. He identifies Rachel with Chesed and Leah with Gevura. This idea, borne out by his pshat reading of the story, is nearly impossible to reconcile with the Kabalistic and Chassidic understandings of Rachel and Leah.
[7] Part One, Vayetzei, s.v. Shem HaGedola, based upon the Midrash Kohelet Raba 7:3.
[8] This is related to the idea, often quoted in the name of the Baal HaTanya, that parents receive nevua when choosing the name of their child.
[9] Divrei Emet, Vayetzei, s.v. Od yesh Ledakdek.
[10] Kedushat Levi, Vayetzei, s.v. Vayehi, Vayeshak, Vayavo. He further adds that Yaacov’s love for Rachel increased when she enabled him to also marry the great tzaddeket Leah. See also the Shem M’Shmuel, Vayetzei 5679; Rachel was the essence of the house and Yaacov gave her precedence over Leah. Rachel was his true partner according to his essence, whereas Leah was an additional “acquisition”. See also Bereshit Raba 68:3, that distinguishes between going for your zivug (Yaacov and Rachel), and your zivug coming to you (Yitzchak and Rivka). The Bet Yaacov, Vayetzei 43, adds in the name of the Ari that Yaacov and Leah is a case of your zivug coming to you. According to the Bet Yaacov, this unconscious marriage is actually the higher of the two.
[11] Avodat Yisrael, Vayetzei, s.v. eRachel Hiyita.
[12]Vayetzei, s.v. VeNireh Dehinai. It is worth noting this unusual combination, which sounds almost like an oxymoron.
[13] Kol Shimcha, Vayetzei 12, based upon Bereshit 30:1-2.
[14] See note 6.
[15] Lekutai Moharan 2:67.
[16] Chapter 31:14-16.
[17] See my Drasha for Rosh HaShana, Before the Shofar, 5765.

Click here to get Dixie Yid in your e-mail Inbox or here to subscribe in Google Reader.
Posted by DixieYid (يهودي جنوبي) at 11:10 AM

Menashe, I forwarded R' Leshem your question, and he responded with the following: