How Can I Daven For Parnasa When Parnasa Will Distance Me From Hashem? - Guest Post 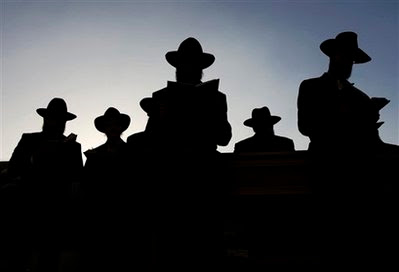 Here is a guest post by Reb Levi Grunhaus:

I wanted to share with you a question and later on an answer based on some things I've learened in Bilvavi Vol. 4. Note: At the end, I am also attaching links to the scanned sections from Bilvavi as well as from the Beer Mayim Chaim. (DY: I did some minor, non-substantive editing.)

We are learning here in the 4th sefer of Bilvavi about the correct way to daven. The Rav discusses how all 18 berachos are really part of a whole. Since the goal of all the berachos is one, to unit us with Hasehm. It follows that one needs to have kavanah, and understand, how each distinct beracha applies. In other words, how the lack creates a separation between Hashem & me and how the fulfillment of the request will bring us closer.

I understand the concept and it makes sense to me. However, we are going through a very difficult time, economically, for while now. I feel that this time and experience has done wonders in bringing us closer to Hashem. I have never, in my current life, felt as close to Hashem on a daily basis, as I do now. This creates a problem for me in my davening. I know I should be asking hashem for parnassa as a way to get closer. I want and I am asking for parnassa. But I cannot see or understand how this parnassa will help us get closer. I actually worry that it may do the opposite chas v'chalila. So, we need parnassa, we daven for it, but not in the right way according to what the Rav says. I have been asking Hashem to enlighten me so that I could daven properly. Obviously, it's one of the 18 berachos, so we need to daven for it. I have also been asking Hashem to accept my tefillah as if I am doing it correctly since my desire is to do it so, I just don't know how right now.

Unfortunately, it always seems that we are closest to Hashem when we are in some sort of tzara. So, if we want to be close to him, can we honestly ask him to take the tzara away? I know I am missing something here, I just don't know what it is.

On Friday night (a few days after I eamiled this question to Reb Tuvia), I was looking in the Beer Mayim Chaim. I had previously placed a book mark in a certain page. So, this Friday when I opened the sefer, it opened where the book mark was. I am a link to the pdf file with the scanned pages below. If I understand correctly, R' Chaim says that if a person davens, asking Hashem for parnassa for himself, he is not a true "Eved Hashem". He is an eved of himself, since he is coming to the king to ask things the he, himself wants/needs. What a person should be davening for, says R' Chaim, is "tzorech gavoha". Meaning a person should daven that Hashem should give parnassa to the whole of creation, BECAUSE IT'S THE "RATZON HASHEM" TO GIVE PARNASSA. However, it's also Hashem's will that the way this works is through tefillah. So, Hashem wants us to daven for HIS sake, Kiveyochol. Like it says about Chana that she davened "Al Hashem" (about Hashem and FOR Hashem).

I was very moved by this. I kept thinking about it throughout Shabbos. I knew that there is an answer here to my question. Yet, what was it exactly? I thought, how could I truly attempt to daven, just for Hashem's sake, that he should provide me with parnassa, when I feel that I desperately need and want it so much? R' Chaim says how praiseworthy it is to cast aside your own needs & desires and daven only for Hashem, for HIS ratzon. I feel I am not capable of honestly doing that at this point in my life. Right now I am in great need and I don't feel I can overcome and cast this need aside and ask Hashem for the exact thing that I need, but yet for HIS sake. This is what Chana did. She wanted a child so much, yet she davened for Hasehm!

However, only when I was actually davening Shacharit on Sunday, did it become clear to me. That is exactly the point. The fact that I lack parnassa, puts me in a situation where I cannot daven properly, the correct way we learned in Blivavi. I wish to daven only for Hashem's sake, but since I am "nogea b'davar", I can't do that. Hopefully, one day, I will be zoche to be able, like R' Chaim says, to cast away my desires, and daven purely for Hashem's sake. But, now, today, I ask Hashem for parnassa so that this barrier will be removed and I would be able to get closer by davening properly. In other words, in my current situation, the lack of Parnassa is a real barrier for me in getting closer to Hasehm through proper davening. When Hashem removes this barrier by filling the need, I will be able to get closer to him through proper davening. I will be able to, B'ezras Hashem, daven for the whole of creation and daven for the right reason (because it's the Ratzon Hashem).

The Bilvavi piece on Tefilla

Picture courtesy of frum from rebirth. Click here to get Dixie Yid in your e-mail Inbox or here to subscribe in Google Reader.
Posted by DixieYid (يهودي جنوبي) at 12:10 PM

Hashem wants to give us parnossa. It's just that He wants his kinder to ask the tatty. The whole point is so we should come to ask and thereby create a relationship. The parnossa is almost a formality - an excuse, that provides a forum for us to cleave to Hashem.

The way I look at it (or try to!) is that I am asking for parnossa in order to be mkayim my shlichus. And I can't do my shlichus properly without those tools. The responsibility is on HKB'H, kaviyochol.