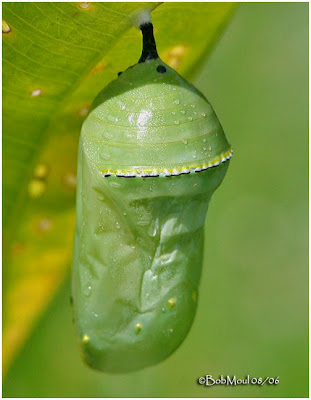 Since I became religious, I have been keeping generic Ashkenazi minhagim, as I learned them in the town I grew up in, in college, and in kollel. However, with my interest over the last few years in Chassidus, I have given some consideration to changing my minhagim to reflect the new understanding and perspective that I have gained and am working to gain.

Minhagim in the practice of mitzvos and in nusach hatefillah are not just stylistic. They reflect the deeper reality of what is being accomplished. And the minhagim of Chassidus and Nusach Sfard (the most common version of the Nusach of the Arizal, the Sha'ar Hakolel) are designed to better reflect those realities. Therefore, my thoughts about changing minhagim are related to wanting to connect more to the reality that I am learning about.

There are several serious dangers that I see inherent in such a change however.

(1) The change can be merely superficial, directing energies that would be much better spent on inner work into the arena of external behavior.

(4) If I stopped shaving, I would merely sport a "chin poof!"

Right now, I'm not actively seeking out these new minhagim, though I may do so at some point. I'm not sure now what would be the tipping point that would cause me to start wanting to seriously begin changing over my minhagim. I spoke with my rebbe about this question almost a year ago and I even got a sefer he suggested, that focuses mostly on the difference between Chassidish & Ashkenazi minhagim in davening.

He told me that even if I change my nusach to sfard, my wife does not have to. Children almost always learn nusach ashkenaz in school. So he said the mehalech there is to change them over to sfard when they're old enough not to get confused by it. Let's say around 4th grade maybe, depending on the child. My eight year old is in the 3rd grade, and she's really improving in davening, reading, and writing, but there is still time before it will be easy enough for her to branch out and do something different from the other girls.

Examples of other changes would include starting to daven nusach sfard, using a non-braided challah Friday night, lulav & esrog chassidish style, etc. There are so many that if or when I make that change, it would have to be in a step by step process, as I learned more. I also would not want to start changing big things, especially nusach hatefillah, unless I was SURE that it was a permanent change.

Email ThisBlogThis!Share to TwitterShare to FacebookShare to Pinterest
Labels: Tefila

Aside from the issues you mention, a minhag may be binding as a neder, and there is an issur of changing minhaging (see Pesachim 50, MG"A siman 68 specifically about nusach). (An interesting aside: the Chasam Sofer raises an interesting paradox: a minhag is lower than a derabbanan, but breaking a minhag may infringe on an issur d'oraysa of breaking nedarim. Whether this chiddush is right is another story.) Of course, the question is how the original chassidim changed their minhagim.
In light of yesterday's comment re: R' Akiva and Moshe, take a look at Shu"T Chasam Sofer O.C. #16. He writes that R' Eliezer was a descendent of Moshe (! - don't know the source for this) and must have davened the nusach of sheivet levi, while R' Akiva who was a ben geirim davened nusach sefard which is the nusach a kollel, and builds a kashe from that! The DIvrei Chaim also speaks about it - II:8.
Here are links if anyone wants to see it inside:
http://hebrewbooks.org/root/data/pdfs/SHUT/chatam1.pdf
http://hebrewbooks.org/root/data/pdfs/SHUT/divrechaimold12.pdf

A few years ago when I asked Rabbi Brody whether hataras nedarim was necessary to change my tefillin winding minhag, he replied that I was never given a set of minhagim so their was no need to annul the ones I had adopted up to that point.

>>>he replied that I was never given a set of minhagim

Since you had been putting on tefillin until that point following some accepted practice, why is that not a minhag/neder?

As far as changing to nusach sfard, I have heard that poskim allow this, but not the reverse. Do you know the ma'areh mekomos for this?

Thank you very much for those ma'areh mekomos as well from the Chasam Sofer! Would wouldn't that be mashma that for people other than R' Eliezer, who don't know their shevet, should davka daven nusach hakolel, nusach sfard?

"As far as changing to nusach sfard, I have heard that poskim allow this, but not the reverse."

Igros Moshe O.C. Vol. 2, 24 permits an Ashkenazi from switching from Nusach Sfard to Nusach Ashkenaz since that was the original minhag.

Significantly though,he writes about those who adopted Nusach Sfard:

"At any rate there isn’t basis for us to complain against those who changed because it is certain that there was a reason which permitted them to change it." (ibid)

My Rav in Kollel always said that Minhagim Kum V'Asseh can be changed back and forth as many times as you want. Nedarim only apply to Lo Taaseh's and thus the svara that a Minhag may be like a Neder makes no sense.

He gave the example of a person want to wind teffilin one way and another the next day and switching, was perfectly fine.

It seems to me that switching to Nusach Sefard cannot be assumed to be permanent, because what if it doesn't work for you? Should you be stuck the rest of your life with a nusach you don't get anything out of? No, it can't be.

IMO, try it out without worry, if it doesn't feel right don't worry about switching back.

What's the svora in the chiluk between the idea of neder (or shavuah) only applying in shev v'al ta'aseh cases?

Thanks for the advice!

What is the m'kor for not using a braided challah on friday night?--
I've never heard of that before.

I heard it originally in the name of the Koidinover Rebbe. A Simple Jew also told me that he learned the same thing from his Rebbe, the Sudilkover Rebbe.

The Koidinover Rebbe said that the reason is to show that the kedusha of Friday night is less than the kedusha of Shabbos day. Therefore, the use of non-braided challah Friday night is to show that Friday night has a lower level of kedusha than Shabbos day. We know as well, that Shabbos afternoon is an even higher level of Kedusha than Shabbos morning, as reflected by the fact that Shabbos afternoon, after mincha, is called by the Zohar as "Rava D'ra'avon," the time of ratzon she'baratzon.

In the book Migrant Soul, the author writes that he asked this questison to R. Aharon Schechter because the author tended to sephardic minhagim because of his spanish-mexican origin. He was advised to stay with Ashkenaz minhagim so as not to stand out from his community any more than he already did since anyway there is no halachic basis for him to prefer sefardic minhagim.

R. Moshe has a teshuvah on dfferent monhagim of sefirah and says that it is OK to change from one minhag to another because from the beginning all three ways of counting sefirah are acceptable. It is is implied that kum ashe is otherwise an issue of neder.

In general Ashkenzic poskim allow switching form sefard to Ashkenaz nusach withouu hatoras nedarim and the sepahrdic poskim allow the same thing in revers. Each group of poskim holds that its minhag is the original one. There is a teshuvah from R. Ovadia Yosef where he supports this from the Ari, who was from an aashkenazi stock and we know devened a nusach sefard (however, the evidence for that is from his davening as a shalich tzibbur and that may be different)
To take a larger view, the real question for you is the community in which you live. If and when you are able to integrate into a vibrant chssidic community, all these questions will fall away. Halchically and in practice you and your family will be required to take on the minhagim of your community. There is only a tension now because you are not within a community.

The makor is based on a Shu"t of the Marash (? I can get the exact source on soon) who dealt with this exact question. In the tshuva he writes that in all of Shas he's never seen a source for why a minhag kum v'aseh should have the din of a neder. Your allowed to make a neder to assur something mutar for you, as is explicit in mashechet nedarim but not the other way around.

The makor is Shu"t Maharashda"m Orach Chaim Siman 35. It's available on the Bar Ilan CD, if you can't find it e-mail me at tashmah@gmail.com and I'll send you the pdf.

Natan, thank you so much for the mekor & ma'areh makom.