A New Understanding of the Yedia/Bechira Problem 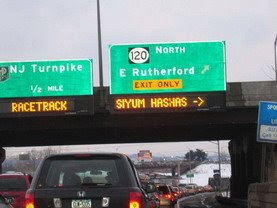 The Meor Einayim on Parshas Bo gives a totally new (to me at least) understanding of the definition of Bechira, free will, and its relationship to Yediah, knowledge.

As he says throughout the parshios of Yetzias Mityzrayim, Reb Nachum Chernobyler points out that Mitzrayim was an exile of Da'as, knowledge. And again, he defines Da'as as the conscious knowledge and constant awareness of Hashem's presence and giving life to every single molecule of the world around us.

He points out that the general concept of Knowledge is not in conflict with the idea of free will. Rather, it is a necessary pre-requisite to having free will! For if the true nature of reality is hidden from you, how are you to make an educated and informed choice between good and evil?

Daas means truly knowing, on a conscious level, the truth of reality, which is that it is Hashem who gives life to everything at all times. Without this knowledge, choice cannot exist, since one who has information hidden from him, cannot make an informed choice. And by extention, any choice that he would make cannot really be called a choice at all since it is based on an incomplete picture of reality.

This answers the question of how Hashem could take away Paroh's free will." The pasuk says that the makos, the plagues, were there so that "all of Mitzrayim will know that I am Hashem." It is only after knowlege of Hashem is taken out of its exile and Paroh can have "Daas" of Hashem, that he can truly begin to have free choice, since knowledge is the pre-requisite to true choice.

This approach also answers the kasha of the Rambam in Hilchos Teshuva 5:5. But before we can understand how this is so, we must first understand the new understanding (to me) the Meor Einyaim has in the idea of Bechira, as clarified by the Meor Einayim in Parshas Shlach, D"H "V'Im."

The idea of choosing to sin or not to sin is not really the definition of free choice at all. If one had a true understanding in his consciousness of the nature of Hashem in reality, he would never sin. Therefore, the "choice" to sin is not really a choice at all, but rather is merely the product of a lack of the ability to make an informed choice. As it says in Sota 3a, "No one sins unless a spirity of insanity enters him."

And since free choice can only truly exist when it is predicated by Daas, true knowledge and consciousness of reality, there cannot be any contradiction between the two to begin with. Free choice can only exist with knowledge. In other words, the only true definition of free choice is not the choice between good an evil, which is not really an example of choice at all, as explained above, but is, rather, defined as choosing the good from the bad with everything in life. And this kind of choice can only exist when one has adequate conscious knowledge of Hashem's reality.

Knowledge in this discussion does not refer to Hashem's knowledge of our choices to sin or not, which is not really an issue of choice to begin with. It refers, instead, to our knowledge of Hashem in reality, and this type of knowledge is not only not contradictory with the ability to choose the good from the bad, it is a predicate to it.

May we all merit to know Hashem in every thing at every moment, so that we may be zoceh to true free will!

Click here to get Dixie Yid in your e-mail Inbox.
Posted by DixieYid (يهودي جنوبي) at 5:40 AM