My Question to the Sudilkover Rebbe r.e. Meor Einayim & Gerim 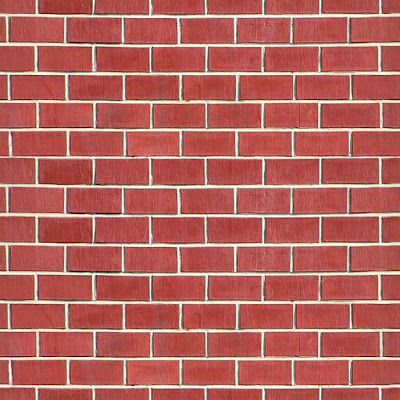 When I spoke with the Sudilkover Rebbe, thanks to A Simple Jew, last week, we talked about my desire to better understand the Meor Einayim's statement that the Ohr ShebaTorah is not accessible to Gerim, who are not [biological] children of the Avos.

One of the things he said was that the explanation is that an eved of the King, no matter how intimate his relationship is with the King, will never have the same closeness that the child of the King has. Therefore, there is an aspect of the illumination within the Torah that is accessible to literal children of Avraham, Yitzchak and Yaakov (b'ni bechori Yisroel).

He also said that Gerim all called "Tachas Mikanfei Hashechina," "under the wings of the Divine Presence." However, children of Avraham, Yitzchak and Yaakov are "l'ma'aleh mi'kanfei Hashechina," above the wings of the Shechina." Although both are one with the Shechina, they are that way at different "levels" within the Shechina, and therefore the "Ezrach B'Yisroel" has access to some higher aspects that the Ger does not have access to.

All of that being said, he said that with Ratzon, desire, a Ger can break through that boundary and access the same intimacy with Hashem through the Torah that any other Jew can. (As Rabbi Golshevsky alluded to HERE on the same question)

He shared a teaching from the Baal Shem Tov (which I also saw in Tzidukus Hatzadik) that the nisayon of Elisha ben Avuya (A.K.A. "Acher") was not to listen to the heavenly voice when it said, "Shuvu banim shovavim, chutz me'Acher," "Return all wayward children, except for "Acher." Even though Elisha ben Avuya heard a heavenly voice explicitly tell him that he was not welcome back, Hashem's will was that he say, like the man from the airport that the Sudilkover talked about, "What you mean I shouldn't come back!? I am a Jew and I'm returning to You, Hashem! I don't care what You say!"

This is what Hashem wanted from him, for him not to listen to Hashem's message that he wasn't welcome. That was his nisayon and that was why Hashem sent him that message, davka so that he should not listen to the message.

This is also the message from Likutei Moharan 48, where Rebbe Nachman says that when you feel that in Shamayim, they are pushing you away and don't want to let you into the gates of holiness, the ikar is not to be discouraged and not to be afraid. Rather, Hashem is sending that message to you to get you to push harder to be closer to Hashem.

This is also like (l'havdil) what Randy Pausch (not Pauche) said over and over again in his "Last Lecture." "Brick walls are not there to stop you. They are they to make you prove how much you want it."

May we all merit to break through the barriers Hashem has placed before us to make us prove that we really want to get closer to Him!

The idea of a ger being on a different level traces itself back to the Kuzari (see the differnet views in Tosfos and Maharal on 'kashim geirim l'yisrael k'sapachas').
The R' Tzadok you allude to is a good example of his antinomian tendencies, which need to be handled with caution. Obviously, a person who says "Hashem, I don't care what you say, I will drive to shule on Shabbos to be close to your kedusha" is wrong. I have a hunch that Tanya ch. 8 is directly aimed at taking chassidus a step away from these type of antinomian ideas.

What does the word "antinomian" mean?

That would be wrong of course to break halacha. But Acher doing teshuva is not against halacha, so I don't think people would make that kind of a jump, unless they're just looking to rationalize what they're doing anyway.

Also, Rebbe Nachman wasn't talking about breaking halacha when he said not to be discouraged by the feelings of failure & being "pushed away" that one often feels when pushing to get closer to Hashem.

Also, Tosafos over there is not really discussing different levels for gerim, if I remember correctly. He was quoting different opinions about practical realities about Gerim. i.e. That they are a bad influence very often if they cling to their old ways or that they bring a kitrug on bnei yisroel when they are more medakdek in mitzvos than the "ezrach b'yisroel."

antinomianism=faith alone can lead to salvation without a need to play by the rules.

Halacha in the broadest sense is what G-d wants us to to or not do. So what's the difference between disobeying G-d when he says "don't drive on Shabbos" and disobeying G-d when he says "chutz m'Acheir"? True, in the latter case there is a mitzvah of tshuvah, but in the former case one needs to daven, or can be going to shul to hear shofar, etc.? Might not Acheir have said to himself that thinking he could return is just a rationalization and not really the ratzon Hashem?

Not all deyos in Tos are so practical - see Tos in yevamos 47, but you will find the approach more explicit in Kuzari.

(P.S. the text is here http://www.tsel.org/torah/kuzari/reshon.html)

I hope you also don't mind me pointing to a post of mine (if you do, pls. delete)
http://divreichaim.blogspot.com/2007/03/more-on-parshas-parah-rabbi-eliezer-and.html
Seems to me that the whole idea you are grappling with is inherent in the torah sheb'ksav-inherited vs. torah sheb'al peh-human effort dichotomy, which is captured in the contrast between the personality of Moshe and R' Akiva (Menachos 29). R' Akiva himself was a descnedent of geirim (see peirush of R' Nissim Gaon 4th perek of Brachos) and is the paragon of torah sheb'al peh, while Moshe Rabeinu is at the other extreme.
Re: your point about Parah (in the original post) the Midrash relates that Eliezer, Moshe's son, is an eponymous name based on the tanna R' Eliezer, who Moshe learned about in Mishna Parah. The idea of parah is at the root of their personality type - a received idea that cannot be deduced through human reason/effort alone.

Yasher koach on the Kuzari quote and the link. I added that to my permanent links for future reference.

I hear what you're saying and also appreciate the Torah shebechsav vs. Torah She'baal peh distinction in this regard. We're familiar with the greatness in Torah of people like Onkolus, Rebbe Akiva ben Gerim and Shemaya v'Avtaliyon. And the Gemara contrasts the paragon of T"SHBP, Rebbe Akiva, with Moshe.

However, with regard to breaking through that natural boundary, limiting a Ger's access to the highest levels of the light within the Torah, I did hear from Rabbi Micha Golshevsky and the Sudilkover Rebbe that even this boundary can be broken by one who pushes hard enough and wants it.

This is a very nice piece. Inspiring in fact.

While I can hear R. Chaim's concern about antinomianism I find it interesting that halachicly there is some room for a geyr to break through the few relevant halachic restrictions.

Thank you! You're right that the really interesting thing is that from this teaching from Rav Tzadok/the Besht/Rebbe Nachman, it is Hashem's will to break through those boundaries to ruchnius created by Hashem Himself!

The only distinction that I would differ on you with is the fact that it is not "halachic" bounaries are being broken, but rather "metzius," reality-based boundaries.

I thought the Rambam said a convert is allowed to say G-d of our fathers and is considered to be a jew in all respects. So why is the differentiation still seemingly there? No disrespect, but from one jew to another, I find difficulty in agreeing with this differentiation.

Saying "G-d of our fathers" is a major dispute even as late as today. The mishna berura brings down several opinions and many today follow the opinion that we do say it, but it's not so simple.

There are other halacha l'ma'aseh distinctions as well. Gerim are considered very highly but that doesn't mean there are no differences. This would not be the only difference. WE need not be afraid of differences. They are part of life and we need to accept them with emunah.

Why write l'havdil? If its purpose is to separate the holy from the profane, couldn't the inspiration that that dying man left us with be considered holy?

Here, one could classify this lesson as Torah and I would never want to put a lesson sombody out there learned and shares on the same level as a Torah based lesson from a Tzadik.

Second, even if you'd classify this lesson as "Chochma," and say that it is somehow logically derivable, it would be an insult to the Tzadik to put his lesson on the same level as some professor's lesson, in my opinion. Thus, the need for a l'havdil.