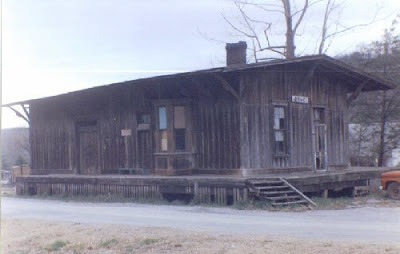 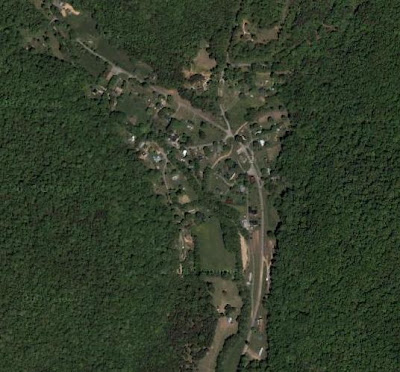 When my grandfather was born in Orme, TN, in 1907, Orme was in its heyday, due to the mining industry. It boasted a population of over 400 people. However, he found himself raised in the poverty of a mine worker's home. When his father died of a broken spine in a mining accident in about 1912, they found themselves in even greater poverty. His mother raised her six children by herself, washing clothes to earn a little money. They were so poor, that during one freezing Tennessee valley winter, the only warmth she could provide my grandfather was to knit him a sweater made of rope.

They eventually left Orme, TN. Although my grandfather quit school when he was 12 years old, he eventually went on to join the Merchant Marines, the Navy, do construction work, become the construction foreman, a union leader, and eventually regional president for his union. He sent all of his children to good universities. He dedicated himself to the union and was a true "yella dog Democrat."

Among other things, his hard work and success in building himself up from the most abject poverty and hardship in order to live the middle class dream, paved the way for one grandson to go to yeshiva, learn in kollel, and raise a houseful of Yiddisher einikelach (grandchildren) for him, B"H. Hashem works in amazing ways.

History of Mining in Orme and Marion County, TN

(Arial Shot courtesy of google maps - The picture of the old mining train depot in Orme courtesy of historicsouthpittsburgh.org)

Click here to get Dixie Yid in your e-mail Inbox.
Posted by DixieYid (يهودي جنوبي) at 11:43 AM

Email ThisBlogThis!Share to TwitterShare to FacebookShare to Pinterest
Labels: Dixie on My Mind

Some of the greatest scholars start from humble origins. A beautiful and revealing post. It's great to see that you can recognized the payros of your grandfather's and great-grandmother's efforts. It should be chizuk for all who read your blog (it is for me, at the least). Gut Shabbos!