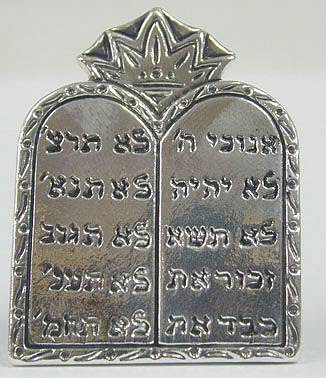 The Kli Yakar on Shmos 20:13, the Aseres Hadibros, gives a fascinating explanation of the coorespondance between the dibros on the first tablet and the dibros on the second tablet. Underlying this explanation is the well-known question: Why are the dibros on two tablets? They could have been a list of ten on only one piece of stone. The implied answer to this unspoken question is that they were placed with 5 on one and 5 on the other in order to show that the dibros that were side-by-side were meant to coorespond to one another (i.e. 1 cooresponds with 6, 2 to 7, etc.).

The Kli Yakar goes through these 5 pairs of dibros and explains the coorespondance in sometimes very fascinating ways. Here we go:

Click here to get Dixie Yid in your e-mail Inbox.