The Bilvavi Author's Main Nekudah on His Trip to the U.S. 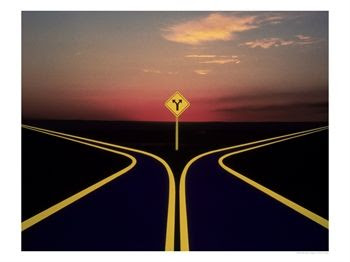 When Rav Itamar Shwartz, the author of the Bilvavi Mishkan Evneh seforim came to the United States in September, he challenged many people to rethink their priorities in life. Many of us may have had difficulty hearing this message. It wasn't only a message of chizuk and hisorerus, but a call to deep and difficult action. I found a section from the beginning of the 5th Chelek of Bilvavi which explains the basic message along these lines. It would be kedai for us to read what he writes here and think about how it may be applicable to ourselves. I have translated part of what I think is a very relevant portion here:

The R"I writes (Sh"T P"1 11) "Know that one who sins by happenstance because he has a desire which overpowers him and his inclination grips him , which he cannot remove from his mind and senses when he encounters it... The beginning of the Teshuva for this person is regret and placing sadness in his heart for his sin etc... But one who is constantly and firmly planted on a path that is not good, whose sins overcome him and he walks in them every day and repeats his iniquity... the beginning of the Teshuva for *this* person is to abandon his [all of] his evil path and thoughts..."

The R"I is speaking on an external level, of one doing actual aveiros (sins), G-d forbid. However, the same thing applies to inner work. Let us explain: Their are those whose actions are entirely tied to Hakadosh Baruch Hu, who just has one detail of his life in which he forgets his connection to the Creator. Then his Tikun is just to fix and tie that detail to Hakadosh Baruch Hu. However, there are others who, even though they observe all of Torah and Mitzvos, lack the inner essence of Torah. They feel no love and they do not have the requisite joy [in doing Mitzvos] and they feel no connection in their souls to Hakadosh Baruch Hu, to their Father in Heaven. He feels no parent-child connection between himself and Hashem. This person's entire path in life is wrong! He is cut off from the true essence of life, from the true essence for which he was created. Therefore, for a person of this type, doing teshuva by taking on some additional stringency or this like will not be enough. Rather, he must change his whole approach to life. He must go out of the world of externality and enter into the world of connecting to the "One Who spoke and the world came into being." If someone doesn't feel love for Hashem burning inside of him enough, and doesn't feel longing for his Father is surely still entirely on the wrong path.

This point is one which is very important and which many people fail in. Let us explain: If someone decides to do Teshuva, especially during these days of Elul and the 10 days of Teshvua. He contemplates his way of life and examines his actions. In general, if he finds that he is afflicted in guarding his tongue, wasting time from learning, davening without thought, saying brachos merely out of habit, etc. What does this person do? He accepts upon himself all sorts of commitments in each of the areas in which he is afflicted. It is obvious that the majority of the time, these commitments do not last long. And even if they last for a long time, a true growing person does not sprout from this process. What is the root of the problem? This is exactly what we have been speaking about! This person is doing the first type of Teshuva from the R"I in the aspect of one who sins "by happenstance." However, in truth, he needs to do the second type of Teshuva for a person who is planted on the [wholly] wrong path.

We all love quick fixes of kedusha. We jump from one MP3 shiur to another or from one tisch Friday night to another or from one "easy" sefer to another. Our soul is thristing for kedusha and we fill it with Coca-Cola. The Bilvavi seforim cleary state that there are no short cuts. We have to work to come closer to Hashem. On the other hand, they clearly state that we need emunah p'shuta and that anyone no matter where they are can connect in a very deep way to the Creator. These seforim are not for reading- they are for practices to come closer to our purpose in this world- which is kirvas Hashem.

This is actually similar to the 15 chapter of Oros HaTeshuv (R Kook).

I couldn't have said it better.