How Sorah Gave Up Her Life By the Akeidah... 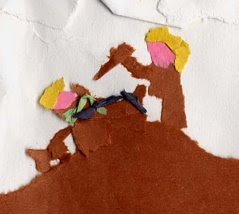 As a continuation of yesterday's post about Moshe's questioning of the Jewish people's suffering as a sign of Emunah...

Rav Zvi Leshem brought up another teaching from the sefer Aish Kodesh on Parshas Chayei Sorah along similar lines.

The Piaczena Rebbe asks why Rashi's comments about the fact that the Torah (Breishis 23:1) splits up the years of Sorah's life, he explains the phrase "שְׁנֵי, חַיֵּי שָׂרָה" as meaning that all of Sorah's years were equally good. Isn't that implied by the first part of his comment on that verse?

He explains this by pointing out Rashi's comment on the next verse. Sorah died as a result of the shock of hearing that her son Yitzchak was about to be slaughtered by Avraham as a test from G-d. The Aish Kodesh brings several sources to show that Sorah didn't have to die from this and that she had enough Emunah in Hashem's plan for the world and her family not to actually die from such shock. But that she intentionally allowed herself to die.

The Aish Kodesh says that she did so as an intentional protest in order to show that some suffering is just too much. He says that suffering helps a person in the same way that salt helps preserve food. The right amount of salt makes food better. But Just as too much salt ruins food, rather than preserves it, too much suffering breaks and destroys a person. So too, Sorah was trying to show Hashem that the suffering of having to sacrifice one's own son to fulfill the word of G-d is just too much. Perhaps she could have lived through the shock, but part of her would have died with the knowledge that her son would die. Rather than live as "half a person" after that, she prefered to let herself die to show Hashem that too much suffering should not be placed upon the Jewish people, her children.

Realizing that he wrote this sefer when he was living in the Warsaw Ghetto, during the Holocaust, he says that if that suffering was too great, how much more so his and the Jewish people's suffering was too much in their time! I think it's also important to remember that he also had multiple chances to get out of the Ghetto, but that he refused in order to stay with his people, thus giving his own life to relieve the suffering of his beloved Jewish people just as Sorah did.

He says that one might think that Sorah sinned by allowing herself to die rather than to live. But, echoing the words of the Midrash Raba that I quoted yesterday regarding Moshe, since her act was designed only to help and save the Jewish people from their suffering, Hashem did not find any fault in her for it. And that is why Rashi says that the Torah used the words "שְׁנֵי, חַיֵּי שָׂרָה," to teach that all of Sorah's years were equally good. Meaning: Even her last act on earth, the act of giving up her life to relieve her grandchildren's suffering, was as equally good as the rest of her sinless lifetime.

My biggest question is, that Sarah's act of dyeing did not help!!! Life is as f@#$%^ up as ever! Neither did R' Levi YItzchaks entreats and questions, we had the holocoust soon afterwards... I guess G-d is just not sentimental...

I'm not sure i totally understand - is it that she died because had she lived, her Emunah might be less (because she is suffering) and therefore future generations would "see" that Sarah's Emunah was less "in the end"? (something like that?)

In other words if the choice is live with less Emunah, or die with full Emunah (and therefore die with the knowledge that Avraham *may not* have sacrificed their son) Sarah was chose the latter.

I certainly can't claim to understand. But I know we are taught that no tefillah is ever wasted. Who knowns how much more suffering there would have been throughout history without their tefilos/questions/arguments with G-d!

Furthermore, you see how, in the case of Moshe, Hashem, in a way, did end the suffering of Egypt too "early" because of the Jewish people's suffering. Instead of the decreed 400 years of avdus, it became 116 years of avdus and only 210 years in Mitzrayim. We know that the 400 are calculated from Yitzchak's birth, but this was a bit "b'dieved." Although we are still suffering from the fact that the process that suffering was suppposed to accomplish was not finished, Hashem did end that suffering early.

Shorty, I have to look at my wording again to make sure that I wasn't ambiguous. What I meant was that Rav Klonymous Kalman was saying that she was saying that even when you can "live" through a time of unbeelievable suffering, it still kills part of you. Not that she would have had less Emunah, but that there would have been less Sorah, less life than there was in her before.