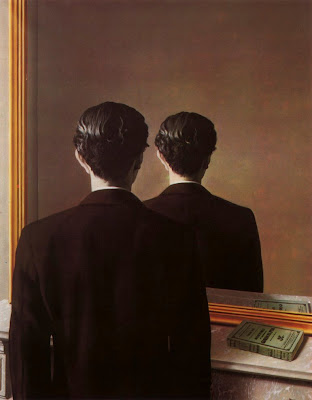 What Rabbi Weinberger does is a revolution, and what R Moshe Wolfson and R Tzvi Meir are doing is also a revolution. The fire has gone out. These are people who are looking to restart the revolution. It's all about a reveloution.

Rebbe says that the real test is what happens when the revolution becomes the establishment.

There have been many revolutions. The Baal Shem Tov was a revolution. But after some generations Chassidus became a societal thing. For that reason, R Noson felt the fire had gone out, so he left Berdichov to go to Rebbe Nachman. The Yid broke with the Chozeh because it had become an establishment. The Kotzker broke with the world for the same reason.

Baalei Teshuva have the same struggle, when a person is accepting Yiddishkeit on himself, everything is new. But after a while, it's boring because it's become an establishment.

This could be the idea of Atika Kadisha, "ancient holy." What does "ancient holy" mean? Anicent means it's been around forever, but Kadisha means it's so real and relevant.

It's what we long for; to have the mesorah of a frum from birther, but the fire as if you just converted.

That's why the Piazcener wanted to convert- to be a jew after 40 years. Everything I do, I'm thinking, "Am I doing this because it's real? Or because I've done it before?"

You know the maaseh with Satmar Rov. The badchan imitated him davenning on Yom Kippur. At first the Satmar rav laughed, then he started to cry. The Badchan threw himself at the Satmar Rav's feet, begging forgiveness. The Satmar Rav said, "You don't understand, the one time I felt my essence is revealed is on Yom Kippur, but I see you daven like I do perfectly. So maybe once I davenned, and I've been imitating myself all this time."

Maybe once it was revolutionary, but now its become society.

And of course- if you keep asking youself this and it makes you crazy and paralyzed... Sometimes you just have to shut up and dance.

Click here to get Dixie Yid in your e-mail Inbox or here to subscribe in Google Reader.
Posted by DixieYid (يهودي جنوبي) at 9:40 AM

The last sentence shows that if "the unexamined life is not worth living", one is better off becoming a Litvak!

You undermine your entire mehalekh by phrasing it as "just have to shut up and dance". Ignoring problems is the right way to go?

Society is a good thing; Chassidishe levush creates a self-identity which puts a limit on straying. "May you have as much fear of [the One in] heaven as you do of people", but if not, at least the fear of people -- peer pressure -- also keeps sin away!

I REALLY recommend R' Avram Elya Kaplan's Shtei Derakhim. For all of the man's greatness, I think it has an inherent flaw. More about that, elsewhere. But seeing how a man who could have rewritten Torah history had he lived beyond his 33 years (R' Yaaqov Kamenecki's and R' AY Kook's assessments) analyzes this distinction between paths is enlightening.

You would at least see why Chassidus isn't a better mussar than Mussar. And I think that's the essay's flaw; RAEK (a scion of Slabodka) assumes Mussar's priorities, and therefore it is unsurprising that his conclusion is to rank Mussar as greater.

Great post and interesting idea.
I think in many ways, however, the goal is for the "revolution to become the establishment".
As anyone who has went through the ranks of the Yeshiva High School system only to find the real Emes in their year in Eretz Yisroel can attest to, coming home and being able to "keep the fire going" is the biggest challenge.
L'Mashul, it's always nice to get the fire burning in a blaze of glory as a Professional Sunday BBQ'er as myself can give Aidos too, however, the only way to cook the perfect steak is to wait until the fire simmers down and the coals are burning hot without the roaring flame.
In other words, we all need that fire to light us and get us going and we need the Revolutions of our Holy Rebbe's, however the goal isn't just to simply dance (not that there's anything wrong with that). The goal is to get up early and out of your cozybed for that learning seder and to get out of the comfort of your nice little house in the freezing cold to catch a maariv. Sometimes we need the burning coals and sometimes we need the roaring fire.

I meant simply that even the over analysis, could be also be revolution becoming society, my contriteness over the sincerity of my motives could also be because "that's what I do"
- at that point you shut up and dance.
But when all you do is dance, then you need to ask yourself, then ask yourself why am I doing it...
I'll ask the yid to remove the Litvak comment, though...

I loved that comment! Soemtimes you really do need to shut up and dance. Just like sometimes you just need to roll out of bed and get to shul.

Why do we have the "natural world" even if it is natural only in appearance? Because we need some semblance of predictability, as opposed to anarchy, so we can run our lives within our ability to do so. At every turn, we need some balance between old and new, and we even need an establishment to carry on certain vital functions. Just as one can fake conformity, one can also fake nonconformity.

Maybe this problem is why it is so important to attach oneself to a true tzaddik; the modern tzaddikim I know (be they Chassidishe or otherwise!) seem to share a dedication to self renewal.

Rav Reichman, for example - seems he is constantly changing, tweaking, but offers a stable presence, all at the same time...

Another thought - how many times have we been comletely taken by a niggun, utterly and entirely moved, only to find that very same niggun, just a few weeks later, has lost all real meaning for us?

I know what you mean. I remember my first NCSY Shabbaton when I was a junior in high school in Charleston, SC. When they sang "Someday," "Hamalach," and "Acheinu" I felt like I was being taken to the highest heaven. But now, although I like those songs, don't particularly move me at all...

This is of course nothing new. This question [of how to keep the fire going] is the subject of much farbrenging and many many discussions and shiurim.

The truth is you have to work for it. Initially, the vort of many of these mashalim is that Hashem gives you a matana that you poshut don't deserve and that if you don't invest it by learning and applying chassidus properly and being mkushar to a tzadik and of course davening to Hashem, then it can all ch'v go to waste.

Or, if that doesn't work, it should bother you that it doesn't bother you! Like the famous story of the chayal that came to the kosel after the six day war. The chiloni began crying because, as he explained to his friend, he didn't know what to cry about! If you're about to say krias shema and you feel like you're reading the dictionary something is very very wrong and this is the first step to repairing it.

May we all be zoche to be true mekusharim and real avodim btefilah and our daily lives.

Excellent post. I thought the last line was great, Reuven. At times, there is no choice, but to dance!

Re: Rabbi Berger's comment...
Sadly the Public Relations dept for Mussar has not shown the true "joy" in mussar, ie- the simcha of the avodah of working on yourself. In truth, this nekudah seems to have been forgotten by most people.

Mussar has a public relations department? Mussar as a movement was a casualty of the Shoah. Yes, some people now are trying to revive it, but there are no real numbers, yet.

My personal feeling is that until the current culture of instant gratification changes, Mussar will never be popular. In fact, that's not only my feeling, it was Rav Hutner zt"l's.

I once hear Rabbi Weider (of YI of Houston) tell a story of 2 Chafetz Chaim students who went around to the many Slabodka alumni who started yeshivos to ask them why their yeshivos didn't follow through on Slabodka's path. R' Hutner explained that since he didn't think the American youth was ready to hear about a life of work and slow progress, he thought that Mussar wouldn't inspire them. Instead, he created a Maharal-based worldview which allows a student to add meaning to his actions immediately.

However, if you look at Alan Morinis's Climbing Jacob's Ladder, or R' Hillel Goldberg's The Fire Within (two popularizations that serve as good intros to Mussar), I think it does come through. But since few people are even trying to represent Mussar, there isn't much way to get the word out.

That's fine. Especially if R' Hutner is correct that the path I find moving is not one most of my contemporaries do. There is no Mussar vs Chassidus competition. The enemies are hergeil and assimilation, not other derakhim.

Speaking of which, with the original post modified, the phrase that motivated my first comment is missing! I didn't mean to make it an us-vs-them; I meant to rebut what I saw as an attack of that sort in the original post. Yiyshar kochakha for eliminating the text that could be taken negatively.

There are so few Benei Aliyah of any sort -- we have to stick together.

"The enemies are hergeil and assimilation, not other derakhim."-that's a great line, R Berger, thanks.

Indeed, we have to stick together.

"There are so few Benei Aliyah of any sort -- we have to stick together."

FYI, the Young Israel Rabbi in Houston is Rav Yehoshua Wender (not Weider).

Rabbi Yakov Horowitz (Monsey) once told me that one thing that attracted him to Breslov was its synthesis of Chassidus and Mussar.