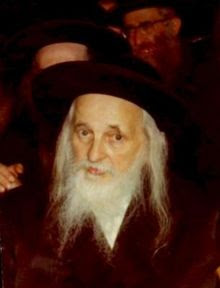 I would like to ask a question and see if anyone out there really has an answer regarding a question about Satmar Chassidim. I just want to preface this by saying that I hope that I won't get any Satmar-bashing comments and that any such comments will be deleted. Their attitude about the State of Israel is based on the teachings of the the Tzadik Yesod Olam, Rav Yoel Teitelbaum, the previous Satmar Rebbe in VaYoel Moshe. I'm trying to ask a sincere question and I'm hoping for a sincere answer.

A friend of mine works at a company with many Satmar Chassidim. He asked them about their response to the situation in Eretz Yisroel. They told them that they won't daven for the matzav there! Now it could be that there was some miscommunication or that these folks don't represent mainstream Satmar. I don't know. But if this is an accurate statement of the Satmar outlook, I don't understand it.

Yes, they're against Medinas Yisroel and all of its branches. Yes, they believe the Jews who settled Israel and set up the state were wrong. But this is not a medina, in the abstract sense, being hit with missles every day. These are Jewish men, women and children! This is not some abstract incorporeal medina putting its life in danger and fighting in urban areas to protect its brothers and sisters in southern Israel. These are Jewish boys, barely out of high school engangering themselves for their brothers in his way! This is not about supporting a medina. It is about davening for Jews who are being attacked, because they are Jews, by hate-filled Reshaim!

If someone could help me understand, in a sincere way, and without bashing, I would appreciate it.

I'm glad to hear that what you say is true by even the anti-Zionist Chassidim in your area. B"H! That sounds more normal to me. Perhaps what my friend experienced is just a phenomenon here in America? Hopefully.

in america is everthing more extrem than in europe.

G-d bless you and yours.
Well, if you find this difficult to understand imagine how we believing gentiles feel about the whole situation. Its really difficult, but i try to remember my Rav's words of advice via the net. RYitzchak Ginsburg. Years back he told Israel is one big quarrelsome family, overlook the quarrelsome part and concentrate on the *family* part. What the whole tzaddiks cannot do to bring them together, Hashem will, via the mosiach.
i dont find the nutrei karta group or others confusing, i just feel very hurt that they dont wish to even pray for their own.
Well, even if they dont, many believing gentiles are praying for the HLand. blessings.

Yes we are. Don't lose hope or get frustrated. Remind me I said that in a few hours.

My neighbor is a Satmar Chasid. When he was a student, he helped on Shabbos the Tzadik Yesod Olam, Rav Yoel Teitelbaum, the previous Satmar Rebbe in VaYoel Moshe. I knew that the Satmar Chassidim pray for Jews everywhere, especially during a period of great danger, and I just confirmed this with my neighbor.

It is relevant to mention that Rav Yoel Teitelbaum once expelled from the Satmar community a group of young men who joined a P.L.O. demonstration against the State of Israel.

Thank you very much. I'll try not to get to frustrated. :-)

Thank you. Hopefully what your neighbor said is more representative of Satmar Chassidim. I know they are well known for their gemilus Chasadim towards other Jews, even non-religous ones, especially in Bikur Cholim.

Hi,
As far as i understand, praying for the medina, they won't do it as they opposed to an israeli state without moshiach based on strong foundation facts. But praying for the IDF may be seen in this opportunity as an act of gmilut chesed, which i think the late rabbi zatsal would agree. As far as i might know, the satmars never incited the destruction of israel, they just don't accept. They allow be settle in ISRAEL because of the holyland but have they own social infrastructure, not taking any penny of th government, avoiding any relation to the zionist state. The naturei karta, who are not related to satmar incit to destruction of the state israel and if so even the death to zionist hashem yishmor.

"And in the middle of war there is no other choice but to arise in prayer for the Jewish people so that they not become consumed by the teeth of our enemies and not come to catastrohpic destruction. Hashem in his unending mercy does not desire to cause destruction because of the sins of the apikorsim...and perhaps it is because of these prayers said throughout the nation of Israel combined with the merit of the pure Torah study of children who has not been corrputed by the study of heretical works... that the evil decree caused by the war-mongering apikorskim was rescinded."

Thank you very much for that makor! Surely puts lie to those particular individuals refusal to daven. I forwarded your quote to my friend who was discussing this with them. Thank you!

I decided to comment by quoting the Al HaGeula V'al Hatemurah - but I see Chaim B. "beat me to it".
Your readers must also know that R' Amram Blau - of the original / "real" Naturei Karta - just like the Satmar Rebbe zy"o, R' Arele and the many others who wrote and spoke so strongly against the tzionim - were great ohevei yisroel who felt great pain and heartache at the chilul shem shomayim that went (goes) on in Eretz Yisroel. I know no one - regardless of hashkofo - who is not being mispalel for every Yid in Eretz Yisroel.

Nowadays, there are people in every movement, large or small, who go their own way on key issues. This makes leadership that much harder to do.

My Gemara Rebbe, who is a Satmar Chosid, says he is mispallel concerning the Jews in Israel, and himself was born in Eretz Yisroel (though long enough ago that his passport says "Palestine"). He says that although the old Satmar Rebbe, ZY"A, said that that Zionism was doomed, that the the old Satmar Rebbe said that he prayed that the end of the state of Israel would be without bloodshed. Also, of course, we now have the quotes from the Satmar Rebbe on the subject of being mispallel for our fellow Jews to guide us all.

I daavened in Williamsburg for 7 years at various institutions including the Satmar Kollel. Each Jew that is harmed, injured or killed either actively in the IDF or as a citizen the Satmar take to heart, Mourn and are saddened. They pray for the welfare of all jews including jews in eretz Israel. Their Ahavas Israel is well known throughout NY for their Bikur Cholim work for all Jews. They were the first to march with the Lubavitchers when they had their problems in Crown Heights, in spite their theological differences. Since many of people don't know them they are often misunderstood. I prayed in my blue jeans for many years and felt welcomed, and .respected

The war that's going on now does not have to do with Zionism; it's basic self defense. Therefore, I personally know Satmar chassidim who are ironically praying for the nitzachon of the IDF. This is not due to a change in idealogy. This war is not one that brings glory to Zionism, rather, it involves soldiers who are risking their lives to save the lives of their fellow Jews living in Eretz Yisroel, not "Medinat Yisroel", and not "Palestine" either. Am Yisroel Chai!