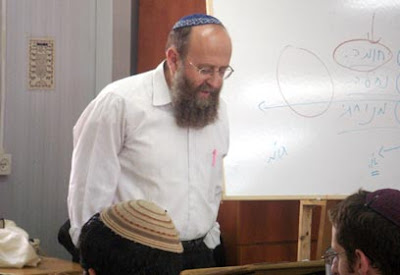 If you live in the New York area, you have a great opportunity. Two great Talmidei Chachamim and teachers of Chassidus, Rav Zvi Leshem and Rav Yair Dreifuss, will be in Woodmere, NY on Thursday night, January 8th for a small reception at the home of Benyomin and Malka Wolf. The reception will be at 8 PM in their home at 888 Cambridge Rd. in Woodmere. After a short video presentation regarding Rav Zvi Leshem and Rav Yair Dreifuss' project to publish the Torah of Rav Shagar, z"tl, R' Leshem and Dreifuss will mezakeh us with a few brief words of Torah and the opportunity to learn more about their projects and teachings! 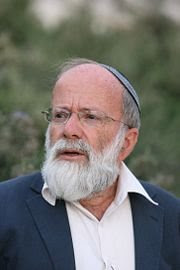 Rav Yair Dreifuss was born in 1949 and serves as the Rosh Yeshivah of Yeshivat Siach Yitzchak in Efrat. He studied in Jerusalem’s Maaleh High School and then in the Kerem B’Yavneh Hesder Yeshivah, together with his friend Rav Shagar (Shimon Gershon Rosenberg zt”l). He then continued his studies at Yeshivat HaKotel. He was ordained in 1971 by several rabbis, including by Chief Rabbi Yaacov Fink zt”l of Haifa, and later by Israel Chief Rabbi Avraham Shapira zt”l.

Rav Dreifuss has thousands of students from many years of teaching in leading institutions such as Yeshivat HaKotel (where he also served as the “Spiritual Director”), Yeshivat Birkat Moshe in Maale Adumim and the Michlala College for Women. He also served as the Community Rabbi of the town of Bet Yatir in the Hebron Hills.

In 1996 he established, together with Rav Shagar, whom he views as his own Rav and teacher, Yeshivat Siach Yitzchak. The Yeshiva’s goal was to develop a connection between Torah study and the surrounding intellectual climate, with a strong emphasis on the study of Chassidic thought.

Since Rav Shagar’s death in 2007 Rav Dreifuss has continued to head the Yeshivah by himself. He also participated, together with other students appointed by Rav Shagar before his death and in his will, in the establishment of the Institute for the Study of Rav Shagar’s Writings, with the goal of publishing Rav Shagar’s vast literary estate of some 3000 manuscripts.

Rav Dreifuss has published Halachic responsa in various forums such as the journal Tchumin, and numerous articles, including in the many books published by the Yeshivah. He co-authored, together with Rav Shagar, the [Hebrew] book of wedding homilies, Beloved Friends.

Rav Dreifuss makes his home in Alon Shvut with his wife Rachel. They have five children and many grandchildren. 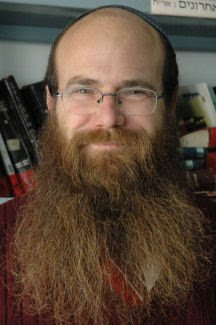 Rav Zvi Leshem (formerly Blobstein) grew up in Cleveland and Indianapolis. He holds a B.A. in History from Columbia University as well as a B.A. in Talmud. Making aliya with his wife Julie in 1979, he spent many years in the Kollel of Yeshivat HaMivtar, at the same time attending shiurim of gedolim such as Rav Shaul Yisraeli zt"l, Rav Shagar zt”l and Rav Aharon Lichtenstein shlit"a. He was ordained by the Israeli Chief Rabbinate and certified to serve as a Rav Shechuna. He is also an ordained Sofer Sta"m and Baal Magia. Rav Zvi earned an M.A. in Jewish Philosophy from Touro College and his PhD. at Bar-Ilan University in Chassidic Thought, writing his dissertation on the Piaseczner Rebbe's Definition of Chassidut. Rav Zvi was also a Jerusalem Fellow, where his projects were on Tolerance and Pluralism in Relations between Religious and Secular Jews, and on The Translation of Chassidic Educational Philosophy to the Current Educational Landscape. In 1986 he traveled to the Soviet Union on a secret mission to train underground Torah teachers. He served for many years in an I.D.F. combat unit.

Rav Zvi has taught in many Yeshivot and programs for young women, both Israelis and English speakers. He served for 18 years as Associate Dean and Director of Overseas Programs at Nishmat. He is currently the Rav of the English-speaking community of Bar-Ilan University and a Research Fellow at Yeshivat Siach Yitzchak.

Rav Zvi and his wife Julie, a Judaica and functional potter and ceramics teacher, make their home in Efrat where he serves as the Spiritual Leader of Congregation Shirat Shlomo. They have six children and several grandchildren. He is the author of Redemptions: Contemporary Chassidic Essays on the Parsha and the Festivals.

I've heard R Leshem speak a few time when I was living in Indianapolis. He's great. Those you attend will be in for a real treat! Thanks for posting this.