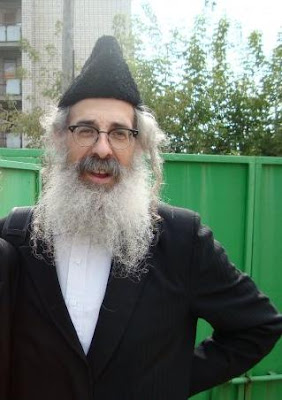 The Meor Einayim on Parshas Beshalach, in a piece pointed out to me by A Simple Jew, talks about the war that takes place when one engages in achila, eating. He quotes the pasuk in Mishlei 23:6 which says "אַל-תִּלְחַם--אֶת-לֶחֶם, רַע עָיִן." "Do not eat the bread of someone with an evil eye."

He points out that the root source of all food comes from a very high place, from the Divine Presence itself. But it constricts its holiness to allow itself to be enclothed in our physical food. He also points out that Chazal say in the Zohar (272a) that "שעת אכילה שעת מלחמה," eating is a time of war with with the yetzer hara, the evil inclination. It is a time to fight against the yetzer hara in order to eat out of necessity or to try to collect the sparks of holiness from within the food one is eating, rather than because of a pure desire for the physical pleasure of eating.

The pasuk is Mishlei is teaching that one shouldn't eat food prepared by a "רַע עָיִן," one with an evil eye, because, he says, this will make the war one is engaged in while eating almost impossible to win because food prepared by such a person is already in the camp of the yetzer hara, and thus any war fought with the yetzer hara prepared by a "רַע עָיִן" will be on the yetzer hara's turf. I saw this teaching erev Shabbos parshas Beshalach. In Shul I saw Rav Ozer Bergman who was in town visiting his mother zol zein gezunt. I took the opportunity after davening Friday night to ask him what exactly it means for someone to be "רַע עָיִן."

He answered me, first of all, that it means someone who gives begrudgingly, and not with a full heart. But he also told me a story told over by Rebbe Nachman about his grandfather, R' Nachum Horidenker from Sichos Haran. He said that R' Nachum Horadenker traveled by ship back and forth with Eretz Yisroel. On one occasion, he hadn't had any food to eat for days when he got off the boat. The only one willing to help him out on that occasion was an Arab who brought him home and offered him some bread. Right before he was about to eat it, he remembered this teaching from Mishlei that one shouldn't eat the bread of a "רַע עָיִן." So he thought that perhaps he shouldn't eat it at all.

Then he remembered the pasuk by Eliyahu Hanavi in I Melachim 17:4. "וְאֶת-הָעֹרְבִים צִוִּיתִי, לְכַלְכֶּלְךָ." When Eliyahu went into exile in the desert, Hashem told him that he would command the ravens to feed him by bringing him bread and meat [cooked by the wicked Jewish king]. As footnote 33 in Sichos Haran points out here, the word for ravens, "הָעֹרְבִים" is the same letters as the word "aravim," Arabs. This indicated to Reb Nachum that just as Hashem sent the ravens to sustain Eliyahu Hanavi so that he wouldn't starve in the desert, so too Hashem was planting this thought in his mind to indicate to him that he too should allow himself to be supported through this Arab, notwithstanding the "לֶחֶם רַע עָיִן" issue.

A couple of preliminary observations:

Second, he says that the reason why Chabad has no problem with learning causing an intelectualization of one's Emunah is because one learns from the Lubavitcher Rebbe, the Yechida kalalis, as the conduit through which one learns Torah. But I don't see why he has to come to this. The Baal Hatanya addresses this point in the 3rd or 4th perek of Tanya. He says that the Torah "is" the mind of G-d. When one learns Torah, his intellect is enclothed within the Torah and the Torah is enclothed within it. This is how and why learning Torah is the highest level of achieving Deveikus. So I don't see why one has to come on to learning that the Lubavitcher Rebbe as Yechida Klalis as conduit through which one learns Torah as the primary answer to how to avoid over-intellectualization as an after-affect of learning.

The thing is they do only learn Chabad Chassidus so why is it (i Think it was Once adressed here but I think he hit it on the Nose,I do agree it is slightly over intllectualized and he does come off slightly Flippant but I think thats the Intelluctual way of doing things. If you see his other shiurim you would observe it.I am sure you can make a Post out of it(;

Also Misnagdim have Avodah Shblev so emotion is theoreticaly there?

There aren't any misnagdim today. The Rebbe said so himself. To be mnagid something you have to first know what you're opposed to. I don't think the overwhelming majority of people whom that label supposedly falls on have any idea what they're supposed to be opposed to.

Menashe, well according to that logic, perhaps there are no Chassidim today either...

Fred, you say some substantive things, but please say it in a less ad hominem way.

The whole mp3 shiur I listened to was an "ad hominem way" full of lashon hara, rechilus, lies and pc statements only applicable to the few. Shiurim such as that attempt to passul thousands of frum Yiddin due to a few freaks. A massive Chilul HaShem.

As I stated, he lives up the block from a respectable Chabad shul and has never gone to see how wrong he is.

He gives no sources for his imagination. At least Prof Rabbi Dr. Berger Shlita gave footnotes !

Go read Heichal haBesht.
Go read Haaaros Ubiurim
Go see the Rebbe Rashab's commentary on Chovos Levavos.
Go see the library of any major Chabad thinker todsay such as Rav Nuchem Grunwald in Lakewood, the books on Minhagim from Rav Oberlander and you will see how far the Nose is from the face al pi Gemara Sotah.

I'm afraid there's probably some truth to that. I include myself in that group by the way.

There are true chasidim. And more than you think. But I agree with you that they are by their nature difficult to identify and probably not the majority.

I would ask the esteemed Oilem here to read:

I responded somewhat more substantively to the post at: http://theantitzemach.blogspot.com/2009/02/response-to-rygb.html