Sweetening the Bitter Parts of Life with Bitterness 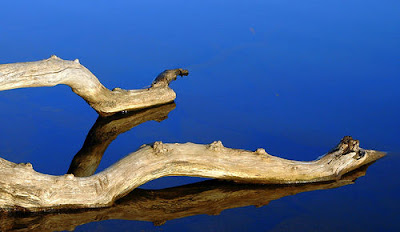 My Rebbe gave an amazing drasha Shabbos morning that really is such an important teaching for us today.

He told over the Midrash Tanchuma in Parshas Beshalach regarding how Hashem told Moshe to sweeten the bitter waters at Mara by throwing in a tree(Shmos 15:22-25).

When they came to Mara, and they couldn't drink the water from Mara [because it was bitter], Moshe thought that Hakadosh Baruch Hu would tell him to throw some honey or figs there, and the water would be sweetened. "And Hashem showed him (ויורהו) the tree." Hakadosh Baruch Hu said to him, "Moshe, My ways are not like those of flesh and blood. Now you must learn." As it says, "And Hashem 'taught' him the tree." "ויורהו ה' עץ" It does not say that he "showed him." ("ויראהו") Rather, "he taught him," "ויורהו." He taught him His ways. And what kind of tree was it? ... [A willow tree,] a bitter one. Rabi Shimon ben Gamliel says, 'Come and see how wondrous are the ways of Hakadosh Baruch Hu over and above the ways of flesh and blood. Those of flesh and blood use sweet things to fix that which is bitter. But Hakadosh Baruch Hu uses bitter to heal that which is bitter.

Rav Weinberger said, based on this Midrash Tanchuma, that Hashem isn't just showing Moshe a tree. He's teaching him the proper way to conduct one's self when he comes into a situation of bitterness and difficulty. The natural human tendency is to run away from a difficult situation.

When you're in yeshiva and you end up in a shiur where the Rebbe doesn't smile a lot and you're learning a difficult sugya like Yevamos, the tendency of a Bachur (אותיות בורח) is to run away to a shiur where the learning is sweet. When one first gets married and there's a lot of fighting at the beginning, the tendency is to think maybe this wasn't meant to be. Rav Weinberger even quoted a letter he read by an 11th grader who said "I'm not so worried about what will happen if I marry a guy who isn't so nice. If it doesn't work out we can just get divorced." As another example, he didn't give this example, but it certainly applies to me. Whenever I drink coffee, which is inherently bitter, I use sweet Splenda to sweeten it.

Granted that there are situations when it is right and appropriate to leave a situation. There are marriages, yeshivos, etc. that are truly not right for a person. But the majority of the time, what really sweetens a situation is when you stick with it. When you try to sweeten the bitterness of the matzav with more of that bitterness. After sticking with it for a while, it becomes sweet. I was thinking that this is like the Gemara in Beiah 25b, which says "א"ר אלעזר ... כתורמוס הזה ששולקין אותו שבע פעמים ואוכלין אותו בקנוח סעודה...," that the bitter Turmus [a legume] must be boiled seven times before it becomes sweetened. But it is only through the difficulty of being boiled again and again, that it becomes sweet. And not by being soaked in honey.

Like anyone who has learned to get a geshmak out of learning Gemara can tell you, it's not sweet at the beginning. It's very tough. It's only after sticking with it for a few years, till you get past the language barrier, the concept barrier, and other difficulties, that the Gemara becomes sweet. It doesn't become sweet only by learning the easy parts of Torah and staying away from Gemara. It only loses its initial bitterness by soaking one's self in the bitterness until it becomes sweet.

Rav Weinberger was lamenting our aversion to difficulty. He told a story that one of his grandchildren (three years old) was in the room with his baby sister, who was crying. His mother (one of Rav Weinberger's daughters) was in the other room and overheard him telling his crying sister, "Don't cry! You're a Yid! And... you're religious!" She asked him later what it means to be "religious." He told her that it means that "You're a very Yid." It was a cute story, but it relates to the point that we have to be tough.

While there are definitely times where running away is the ratzon Hashem, the majority of the time, we have to stick with something. Only then will we taste true sweetness.

Picture courtesy of kingdavid.wordpress.com. Click here to get Dixie Yid in your e-mail Inbox or here to subscribe in Google Reader.
Posted by DixieYid (يهودي جنوبي) at 11:45 AM

This idea of the tree=the work is touched upon from several other angles in what is, perhaps, my personal favorite Reb Weinberger shiur:

Shabbos (3) Erev Shabbos Restores The Excitement In Our Mitzvah Preparation

An amazing exploration of the tree/fruit & bitterness/sweet dynamic across the spectrum -- with so many related ideas which for me were absolutely mind-blowing, and heartbreaking (in the best way).

tendency of a Bachur (אותיות בורח
vERY FUNNY IS THAT YOURS OR rABBI WEINBERGS?
by THE WAY AN ACID IN BASE neutralizes ALWAYS

Anon,
That's Rav Weinberger's. I don't think I'm smart enough to come up with something like that on my own!