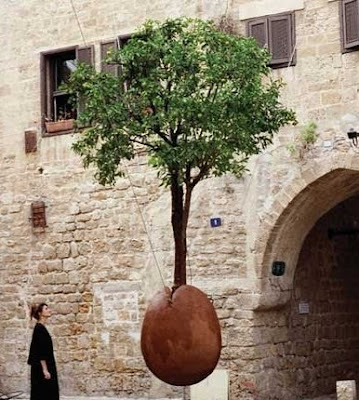 The Prophet Isaiah conveyed the following Divine message regarding our role as the “tree-people” in the messianic age:

“They will then be called elms of tzedek, the planting of Hashem in which to glory” (Isaiah 61:3).

The Hebrew word tzedek connotes both righteousness and justice. A related word which is derived from tzedek is tzedakah – a word which refers to the Divine mandate to share our resources with those in need. Rabbi Samson Raphael Hirsch, in his explanation of the deeper meaning of tzedek, writes:

“Through the attribute of tzedek, every creature will have the benefit of the conditions intended for it by Divine design. Tzedek is the goal of God’s direction of the world. From the human being’s point of view, tzedek is the ideal. Any Divine or human act that brings the individual or community nearer to this goal is tzedakah.” (Commentary on Genesis 15:6)

Another word which is derived from tzedek is tzadik – a righteous person whose life is dedicated to tzedek. In his explanation of this word, Rabbi Hirsch writes: “A tzadik is one who gives everyone and everything their due” (commentary on Genesis 6:9).

We attain this elevating life of tzedek through the Torah’s path of mitzvos, and a reference to this idea appears in the following prayer of King David to Hashem:

In what way do those mitzvos which are Divine prohibitions express the just principle of tzedek? These mitzvos prevent us from acting unjustly towards any of the above.

Through fulfilling the mitzvos of the Torah, we become “elms of tzedek, the planting of Hashem in which to glory”; moreover, Hashem “plants” us in the Land of Zion. A reference to our being “planted” in the Land of Zion appears in the following statement from the song to Hashem that we sang at the sea, after we were saved from the pursuing Egyptians:

“You will bring them and plant them on the mountain of Your heritage” (Exodus 15:17).

According to a teaching of our sages, the above statement is alluding to the final “planting” of our people in the Land of Zion at the dawn of the messianic age (Mechilta, B’Shlach 3). As an example of this final planting, the sages cite the following Divine promise regarding the messianic age:

“I will plant them upon their land, and they will never again be uprooted from their land that I have given them, said Hashem, your God.” (Amos 9:15)

“I will plant them upon their land” – like a planted tree that will not move from its place. The idea is that they will not be exiled again from their land, and this will be when they are always serving Hashem and fulfilling His will. (Commentary of Radak)

We, the tree-people of tzedek, will be eternally planted in Zion, and the following Divine promise reveals that Zion will then be called the abode of tzedek:

“Thus said Hashem of the hosts of creation, God of Israel: People will again say this thing in the land of Judah and its cities, when I return their captivity: ‘May Hashem bless you, O Abode of Tzedek, O Holy Mountain!’ ” (Jeremiah 31:22)

May we all be reunited in the Abode of Tzedek.

Have a Good and Sweet Shabbos,
Yosef Ben Shlomo Hakohen (See below)

2. People who strive to fulfill the Torah’s mitzvos of tzedek in all areas of their existence are called tzadikim. In the future, all of our people will be tzadikim, as Hashem proclaimed:

“Your people will all be tzadikim; they will inherit the Land forever as the blossoming shoot of My planting, My handiwork in which I will glory.” (Isaiah 60:21)

Picture courtesy of greenprophet.com. Click here to get Dixie Yid in your e-mail Inbox or here to subscribe in Google Reader.
Posted by DixieYid (يهودي جنوبي) at 9:56 AM

excellent and thanks for posting this. i enjoy reading reb yosef's work.

he is a fan of (and vice versa) danny siegel - see/read all about danny and his tzedakah work at: