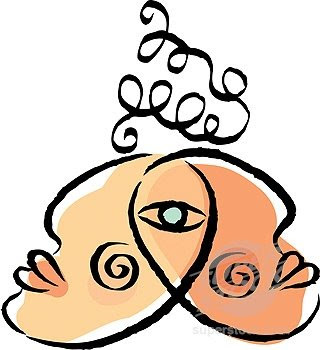 Rav Moshe Wolfson has a fascinating piece at the beginning of Parshas Mishpatim in his sefer Emunas Itecha (partially translated here). He brings a yesod found in the Ohr Hachaim Hakadosh in Parshas Vayechi, on Breishis 49:9 (Ohr Hachaim text online, HT Parsha Blog.)
Rav Wolfson is coming to address the reason that the appropriate punishment for one who steals is being sold into temporary slavery to repay his debt.

He quotes the Ohr Hachaim in Parshas Vayechi (though he brings down this yesod even more in depth in Parshas Ki Seitzei [which I wrote about in the comment section of this post]) has a fundamental yesod about the nature of things. He said that there's a "natural rule" that if you want to remove something from something else, you have to use something similar to the thing that you want to remove to draw out the desired object from the environment in which it finds its self.

He says that this yesod is the deeper reason why a Jew who steals is sold as an eved. Regardless of his physical stature, he and his situation may seem to be a little bittie eved, but there is a very lechatchila reason for this result. By stealing, he made himself a merkava, a resting place for the klipos, the forces of impurity. Therefore, in Hashem's mercy, he decreed that this person should be sold into slavery so that he should temporarily be matched up with a shifcha kena'an is, someone from the level of impurity with whom he should have a child (Shmos 21:4). According to the principle that we learned from the Ohr Hachaim, the isha mitzad hatumah that he is matched with draws out from him the tumah that he brought into himself through the act of stealing. That tumah is removed from him in the form of the child that he has with her, which remains with her even after he goes free. Id.

Thus we see how Hashem ensures that every person has their tikun for what they have done. The Ohr Hachaim explains how very often, his yesod explains where the souls of Gerim come from. For instance, he points out how there were souls made up of a mixture of purity and impurity. The pure side needed someone pure to draw it away from its impure side. In the case of Dina, the Ohr Hachaim shows how Shchem ben Chamor was attracted to Dina because of the holy spark within him. The relationship between them allowed the holy soul of Dina to draw the holiness out of Schem so that the neshoma of R' Chanina ben Teradiyon could come into the world.

The Ohr Hachaim also said that it sometimes happens that the sparks of holiness get so numerous in the world of impurity that they get "bumped" out "spontaneously" without any holy soul to draw it out. This is the source of many Gerim who simply emerge from the nations of the world to join klal Yisroel and find their Aba shebashamayim. He gives many more examples in the piece in Vayechi and the one in Ki Seitzei which are really fascinating. Ayin sham!

Picture courtesy of superstock.com. Click here to get Dixie Yid in your e-mail Inbox or here to subscribe in Google Reader.
Posted by DixieYid (يهودي جنوبي) at 5:01 AM