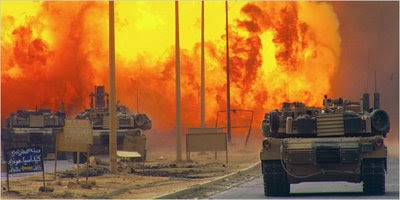 I saw an interesting Ohr Hachaim on Parshas Balak, Bamidbar 24:17, pointed out by the sefer Kol Hator.

The Ohr Hachaim talks about the Gemara in Sanhedrin 98a, which quotes the pasuk in Yishayahu 60:22, "בְּעִתָּהּ אֲחִישֶׁנָּה," "In it's time, I will hasten it," which the gemara explains to mean, "בעתה וכתיב אחישנה זכו אחישנה לא זכו בעתה." "If they merit, I will hasten it, if they do not merit, [then the geulah will take place] in it's time." He says that the part of the aforementioned pasuk in the seventh aliya of Parshas Balak, "אֶרְאֶנּוּ וְלֹא עַתָּה, אֲשׁוּרֶנּוּ וְלֹא קָרוֹב," is referring to Moshiach ben Yosef, the first redeemer, who brings the Geulah little by little, in the way of "בעתה," "in its time." "We see him, but not now. We gaze upon him, but [it will not happen] soon."

He points out that Moshiach ben Yosef, who he refers to as "Moshiach ben Ephraim," will be killed in the "first war" by Romilus, as Chazal say. But he says that the continuation of the pasuk "וְקָם שֵׁבֶט מִיִּשְׂרָאֵל," "and a tribe will arise from Yisroel" hints at the fact that if the Jewish people become Tzadikim, such that they can be referred to by the appellation "יִּשְׂרָאֵל," then Moshiach ben Yosef will not be killed by Romilus.

He says that, based on this, Gedolei Yisroel have commanded us (Ari Z"l, Sefer Eitz Chaim "Shaar Ha'amida" D"H "Tishkon") to have in mind the salvation of Moshiach ben Yosef when we say "לישועתך קוינו." (based on the pasuk in Parshas Vayechi, Breishis 49:18) He thus says that one should daven for Moshiach ben Yosef that he not die in "the war."

Picture courtesy of nytimes. Click here to get Dixie Yid in your e-mail Inbox or here to subscribe in Google Reader.
Posted by DixieYid (يهودي جنوبي) at 8:30 AM