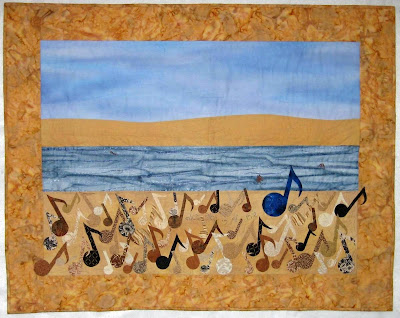 Rav Zvi Leshem
After the entire nation sang its song at the Red Sea after they had miraculously crossed it, Miriam the Prophetess led the women in their own special song. What is special about Miriam? Rashi states that the women brought musical instruments with them when they left Egypt, for they were filled with faith that God would do miracles for them. The Kli Yakar notes that the women used musical instruments because the Divine Presence only appears amidst joy. The Piaseczner Rebbe in Aish Kodesh explains the Rabbinic dictum that the Jewish people are redeemed in the merit of righteous women to mean that their righteousness is primarily reflected in their mercy.

Miriam is also well known for the well from which we drank in the desert, which appeared in her merit. When Miriam passed away, the water ceased, leading to the incident in which Moshe struck the rock. In that context Rashi tells us that like Moshe and Aharon, Miriam also died by a Divine kiss, but this is hidden in the Biblical text because, “It is not proper (she’aino derech kavod shel maalah) to say that God kissed a woman.” The Piaseczner Rebbe asks why this should make a difference, as we are certainly not dealing here with a physical kiss. His answer is a radical re-reading of the Rabbinic text based upon the teachings of his father, Rebbe Elimelech of Grodzisk. Men, who are required to study Torah constantly and to fulfill positive time-bound precepts, receive subliminal heavenly hints. Therefore, even when they think that they have aroused themselves to Divine service, the credit is actually God’s, and not theirs! Women (such as Miriam), on the other hand, being technically exempt from these commandments, receive no help from above, and when they perform them they deserve all of the credit.

It would therefore be inaccurate to give any credit to Heaven for Miriam’s service, which came totally at her own initiative, and was therefore not al pi Hashem, by the mouth of God, which is no longer understood to refer to the Divine kiss, but rather to Divine encouragement to perform the mitzvot! It thus emerges that women’s spiritual energy is more praiseworthy than that of men, as they take full credit for their actions and study. This is in line with the thinking of Rav Kook, who writes in Shabbat Haaretz that while a mitzvah act that has been commanded is on a higher level than one that is not, one who acts voluntarily is emulating the Patriarchs, who observed the Torah before it was given. Such an individual is one who serves Hashem out of love, which is the highest level. Miriam’s service flowed from within her like the waters of a natural spring, and the Jewish people therefore received the spring waters in her merit.

This particular drasha, composed by the Piasezcner Rebbe, was actually a hidden eulogy for his wife, Rachel Chaya Miriam, the daughter of Rebbe Yerachmiel Moshe of Koshnitz, who had died five years earlier on Shabbat Chukat, the recorded anniversary of Miriam’s death. She was a holy woman and a great Torah scholar, who specialized in the study of Kabbalah and Chassidut and helped the Rebbe edit his books. When the Rebbe once left his house in the middle of writing a drasha, he returned to find that she had finished it for him! For him this was the fulfillment of the verse, “and they shall be as one flesh.”

The Meor v’Shemesh writes that while Moshe’s song was in the future tense, that of Miriam and the women was on a higher level, as it was sung in the present. That which men can only dream of, women are able to connect with in the here and now. We should pray that this feminine spirituality will strengthen itself in our generation, and overflow to the men as well.

Picture courtesy of Heather G. Stoltz. Click here to get Dixie Yid in your e-mail Inbox or here to subscribe in Google Reader.
Posted by DixieYid (يهودي جنوبي) at 5:00 AM